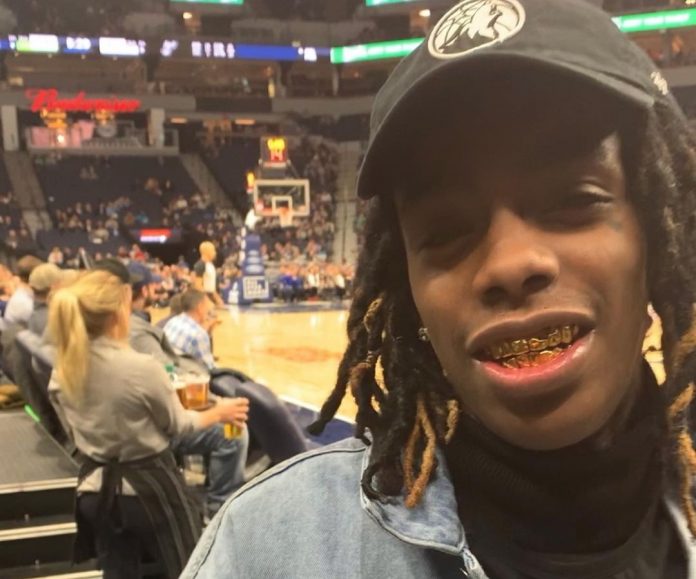 YNW Melly was arrested and charged with two accounts of first-degree murder. According to the police, he and his other Rapper friend YNW Bortlen killed two of their friends and also staged the whole crime scene to make it look like a drive-by shooting. The judge denied his request to be released from the Broward County Jail in Fort Lauderdale as he had tested positive for COVID-19 in the facility.

He is now currently being charged for the murder of his friends and fellow rappers Anthony Williams (YNW Sakchasr) and Christopher Thomas Jr. (YNW Juvy). According to the sources, this incident happened on October 26, 2018, in Miramar, Florida. But this is not the first time he had to face the charges for crimes. Let’s dig deeper into his ‘not so peaceful’ life.

YNW Melly was born on May 1, 1999. His real name is Jamell Maurice Demon and his mother was pregnant with him when she was 14 years old. On YouTube, in his documentary, he mentioned that he always had a love for music since his childhood. He also mentioned how he carried a revolver he found through his uncle during his 4th grade and just took it everywhere, including his school.

His First Encounter with Police

When he was 16-year-old, he was charged with three counts of aggravated assault and one count of discharging a firearm in public. He had fired a gun toward three other students. In the incident, the Rapper said that he got the inspiration for “Murder on My Mind” lyrics because of this incident. He also went ahead and said, “I woke up and I had chorus.”

In late 2017, he released his first project, an EP called Collect Call, which included Lil B and John Wicks. In 2018, he released his singles “Virtual”, “Melly The Menace”, and “Slang That Iron”. Along with “4 Real”, “Butter Pecan”, and “Medium Fries. His music videos have surpassed a collective of 40 million views on YouTube as of January 2019.

As of March 2019, he had over 200 million streams on Spotify with his “Murder on My Mind” being the most famous one.

Speculations around the death penalty and release date

October 26, 2018, when his two friends were found dead, he posted on social media, “They (Killer) took my brothers from me over jealousy and want to see me break down and stop or in jail or a box.”

On February 5, 2019, In a Billboard interview, he said: “They were my brothers—they were my day one brothers.”  And when he was asked if he was targeted in the incident as well, he answered, “Nah, I can’t really speak on that.”

On getting arrested (on February 13, 2019) for murder, he seemed unbothered. Then he pleaded not guilty on March 6, 2019. But when police found his contact records and further evidence that it might be a staged murder and Florida prosecutors filed paperwork as intent to seek the death penalty against YNW Melly. As on today, the trial is still going on and we do not know what the outcome would be.

On the note, Robert Dunham, Executive Director of the Death Penalty Information Centre, per FADER revealed even if YNW Melly is convicted of a double murder, that doesn’t mean he’ll be served the death penalty. In most cases, the case gets overturned.

Dunham explained, “The single most likely outcome of a capital case in the United States, once someone’s sentenced to death, is that the conviction of the death sentence gets overturned in the courts. On average, one in seven people who are sentenced to death are ultimately executed — more than 80 per cent are not. So, a death sentence doesn’t mean execution, necessarily. In some states, it’s different from others. In Florida, fewer than one in 10 death sentences that are imposed are actually carried out. Part of that is because the death penalty statute has been declared unconstitutional so many different times.” So now what we can do is sit back and watch, what exactly happens.

In December 2019, readers inquired about several online posts that purported to announce the death of the rapper YNW Melly, whose real name is Jamell Demons.

In December 2019, YNW friends and fans started inquiring about an online post that announced the death of YNW Melly. Rumors started to spread after a post which was published on a prank news website.

There was a website which used to invite the user to “prank your friends”, they falsely claimed that YNW Melly was stabbed to death in prison.

However, Jamie Demons was quick to post a short video to Instagram and she said: “Melly is fine. I just talked to him this morning. He has not been injured whatsoever. He’s fine, he’s in great spirits, and he’ll be home soon.”