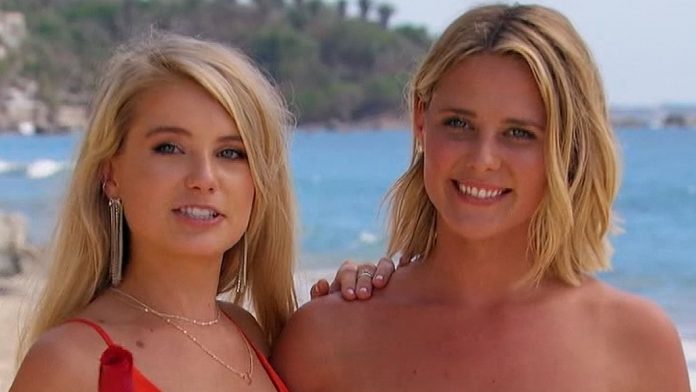 Bachelor in Paradise, the sixth season of the Bachelor series ended on Spt. 17 2019 with a dramatic finale and Demi Burnett and Kristian Haggerty have been in the news sparking the rumors about the split.

Demi and Kristian are couples from the Bachelor series so they automatically got ore attention and their lives after the show became even more interesting to the fans. Yesterday, both of them took to their accounts to announce their break up. Resources have said that the cause of their separation was the distance.

The fans were very interested and rooting for the couple after the show ended and they were soon shocked by the news, not long after the news came out, the speculations about the cause of split started rising and one-off them was that the distance in the relationship could not carry the load of being apart.

The couple was living separately for long periods and were not being able to spend time with each other as much as they would have liked to, this took a toll on their relationship and things reached a point where they had to call off their engagement. They were supposed to shift to L.A. and permanently settle there but the plan never came through.

The breakup rumors had surfaced before as well but were shut down by Demi in one of the interviews, where she stated that “my relationships aren’t anyone else’s business but her own.”, she came off very defensive and also stated that they are living far apart as Kristian was on the opposite side of the East coast. She cleared the misunderstanding that they might not be showcasing their love on the internet but that stand the grounds of a real relationship, she was sure about their strong love life.

When the show ended, the couple wasn’t living together which gave them a chance to think that they might be rushing into the decision of getting married. So, they decided to call off the engagement. “They haven’t spent much time together in the same place since getting back from Paradise, and it made them rethink the whole situation. They grew apart, and once they came down from the post-vacation high, they realized they were rushing their relationship,” the source said.

They might have ended their relationship but they have a lot of honor and respect for each other.