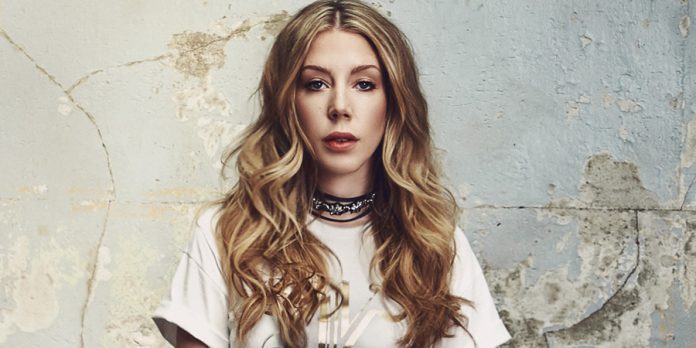 The Duchess is a new upcoming show coming on Netflix. And the show will ready to go on Friday 11th September 2020. This show is created by Katherine Ryan who is going to play the lead role by the same name Katherine Ryan. If you don’t know who she is, not to worry, we are here to explain.

Who is Katherine Ryan?

A woman full of talents:

She is not only a comedian but also a writer presenter and an actress. She is known for her unapologetic behaviour, strong opinion and being vocal about celebrities’ unacceptable behaviours. She is also always has been very open about her personal relationships and her own relationship with her daughter and you can say that the show is inspired by her own personal life.

Her Other Works where you might’ve seen her:

She has been in lots of British shows, especially UK Panel shows like 8 Out of 10 Cats, Mock the Week, Would I Lie to You, and Have I Got News For You. She also has been part of the sitcoms Campus and Episodes.

What exactly is the show about?

The Duchess is the story about Katherine Ryan, a fashionable single mother who is raising her daughter Olivia. It’s a story about a woman who is making lots of mistakes in her life but still working hard as a good mother. She is also struggling with her romantic relationships and also struggling to decide whether to have more children with Olivia’s father who is out of the picture and how juggles life with that.

Katherine Ryan while talking to  RadioTimes.com shared what character is about and she herself is linked to it, she said, “I’ve never written a sitcom so that makes it very different [from my previous Netflix specials], and it was a challenge because I’m not a screenwriter who’s experienced, I don’t know the rules, I’m learning the rules. I’m also learning that Netflix allows you to break a lot of those rules, and they just want authentic voices from all over the world.”

She also revealed,” “The Duchess is super authentic I think to my personality, to my stage persona, because it’s a disruptive mum who’s a bad person but a good mum. She’s fashionable, she loves being a mother she’s not sad about it — it’s me, yes. The rest is fiction, but it is a heightened version of me, and I’m really lucky because they’re just letting me go and write the real thing that I would have wanted to, and I don’t think I would have been as lucky with a traditional network, I don’t think they would give me the same liberty that Netflix does. It’s gonna be fun.I pitched it to them a year ago, sort of now, June, and so it’s been going on that long but I had to write all the scripts.”

Netflix released a trailer for The Duchess on Monday 17th August and fans got to see Katherine Ryan, single mother’s very interesting, kind of messy but whole lot of fashionable life.

The real reason why people hating on Andrea in Walking Dead...