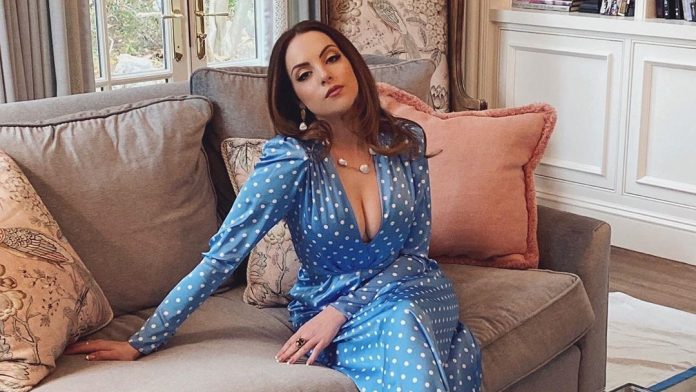 Singer and a music composer Michael Corcoran got married last month on 8 August 2020 in a very intimate ceremony. Michael Corcoran is a singer from the band called Backhouse Mike and has composed hundreds of songs for Nickelodeon. His wife Elizabeth Egan Gillies is one of the famous faces on the television. So who is Elizabeth Gillies? Read on to know more about her.

Being a part of the Broadway show.

Elizabeth Gillies, also known as Liz Gillies is a famous American actress and singer. She was a part of the Broadway show, one of the toughest shows to be a part of at the tender age of 15. She also performed in Broadway musical 13 as Lucy. This talented actress has been in many shows and movies and has released numerous songs.

First appearance in The Black Donnelly’s

Elizabeth Gillies was born on July 26, 1993, in Haworth, New Jersey to Dave and Lorrie Gillies. She also has one younger brother. She started acting at a young age, 12 and made a first television appearance in The Black Donnelly’s, in which she acted for three episodes. She got a chance in Broadway Musical 13, which was the first Broadway show to have a cast and band entirely made up of teenagers, where she performed with Ariana Grande.

She cracked her big break when she signed up for a role as a ‘Bad Girl’ in the Nickelodeon show Victorious where she got to work with Ariana Grande again. Her role as Jade West got really famous as the character was bad but not mean, opinionated but not evil.

She also voiced the character, Daphne, on the animated series Winx Club and recorded its song ‘We Are Believix’. She also appeared in lots of shows like Big Time Rush, Brain Surge, Figure It Out, White Collar, and The Exes. She also got the chance to work in the horror film Animal as Mandy and the Lifetime movie Killing Daddy, playing Callie Ross. She was starred in the dark-comedy thriller film Arizona as Kelsey which was first premiered at the 2018 Sundance Film Festival.

Ariana Grande is now one of the biggest singers of this generation. So on Sweetener World Tour in Atlanta, Georgia, on 19th November 2019, Elizabeth Gillies and Matt Bennett made a surprise appearance where three of them performed ‘Give It Up’ and ‘I Think You’re Swell’, which were songs from Victorious.

In 2017, she landed a big role in the Dynasty Show which was the remake of the 1980’s series with the same name. She played Fallon Carrington, A billionaire heiress and energy executive in the show. The show is available on Netflix.

Her plans for starting a family

On 8th August 2020, she got married to her then-boyfriend, now-husband Michael Corcoran in a quiet ceremony in New Jersey. On a recent interview, she explained how just 2 days before their wedding, the power just went off in their area and came back just 10 hours before their wedding. She also described how the wedding unfolded and had no bridesmaids at her wedding. She quipped “there were no bridesmaids no not only that my brother had to walk my grandmother up the aisle then he had to run back and grab my mom and walk her up the aisle and then he had to come up and do a reading my dad had to walk me up.”

In the same interview, she also said “I don’t know why people are so obsessed with other people having babies” when she was asked about her plans for starting a family.

Smokey Robinson Net Worth: His error on “Chanukah” has Left...

Did Charli D’Amelio buy TikTok followers to hit the 100 million...