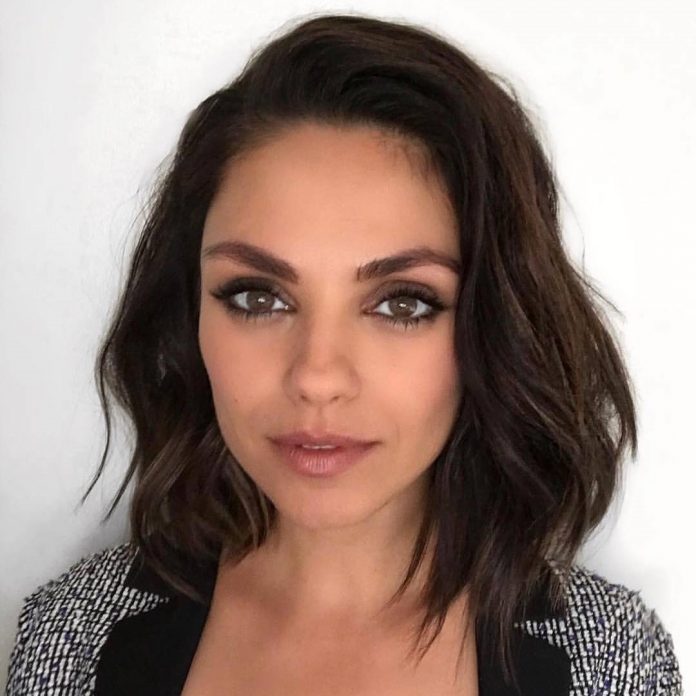 Shaquille O’Neal had taken over Jimmy Kimmel’s late-night talk show because he took a break from the show for a week to look after his child’s health. He sat down with Mila Kunis and their conversation ranged from Los Angeles Dodger’s game to Shaq being a Yankee fan and from Halloween to Mila not being ‘anti-gift’.

All things considered, watch this interview if you want to laugh for 13 minutes straight.

The actress’ first question to Shaq was about the ring he was wearing. It was his ‘hall of fame’ ring and it was huge!

“Shaq, you can’t wear that. That’s not okay…put it in a safety deposit box”.

Well, we don’t know whom to agree with on this one.

The conversation drifted to sports when Shaq asked Mila Kunis, “I know you’re a Lakers fan but are you a Dodger’s fan too?”. The film star is indeed a huge Dodger fan too.

She told Shaq that she is very loud in the stands when children are not in her vicinity and she can eat 3-5 Dodger dogs with the bun. Is that as far as you get?

When Shaq revealed that he is a Yankees fan, Mila Kunis made a dramatic walk-off and came back and asked Shaq, what did he mean being Yankees fan, to which he replied he’s from New Jersey.

Mila then dissed him and said, “Get him off, you guys. Get out of here”. That would’ve hurt.

Mila Kunis confessed that she dressed up as ‘Elsa’ for Halloween even though she repulsed the idea because her daughter who dressed up as Cinderella was very persistent. Well, the things you do for children.

The actress was there to promote her film A Bad Mom’s Christmas and while the conversation was on Christmas Shaq confronted Mila about something he read about her. Does Mila Kunis not buy her kid stuff for Christmas?

In Mila’s words, “False”. She pointed out that she’s not anti-gift but she doesn’t over-gift her child.

As any of us would’ve, Shaq reacted in a loud shocking gasp for this revelation. Shaq told her that he is ‘Shaq-a clause’ and if she wants him to get her kids some gifts, he’ll do that. Isn’t that sweet?

“But I would kiss you goodbye”, Camille Kostek on hooking up...