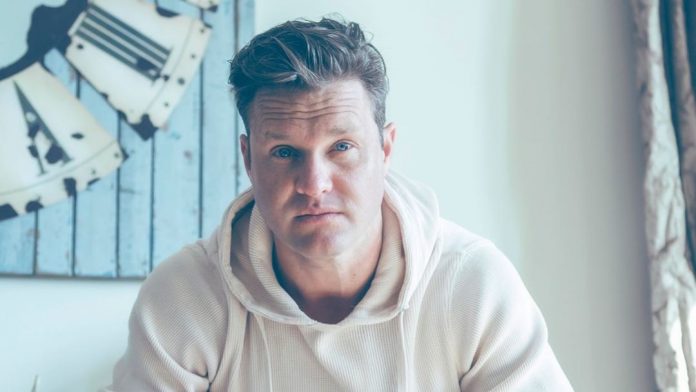 Zachary Ty Bryan the home improvement star was arrested in Oregon on Saturday. Zachary ty Bryan one of the stars of the 90’s sitcom “Home Improvement” is accused of choking his girlfriend outside his apartment.

Zachary Ty Bryan 39. who has been a part of the show from 1991 to 1999 was charged with strangulation fourth-degree assault. He also tried to take her phone away when she tried to call 911. According to an online booking record, he is also been charged for interfering with making a report.

Eugene police department responded to a call from neighbors following some sort of fight at a home. His 27-year-old girlfriend was at the neighbor’s house when the police arrived.

Bryan and Carly first met each other at La Canada Junior High School. After spending some time with each other they decided to get married in 2007. The couple is blessed with twin girls named Gemma Rae and Taylor Simone born on June 23, 2014. They also welcomed their third daughter Jordana Nicole on 7th June 2016 and their fourth son named Pierce Alexander, born in March 2019

After spending nearly 14 years with each other the couple decided to part their ways. In an Instagram post, Bryan said

“It has been an incredible journey, but together, we’ve decided to turn the page and move on from our marriage. As we enter into this next chapter, our children and relationship as co-parents and dear friends will remain our priority. We understand this news lends itself to public dialogue, but in the interest of our children and our family, we’re asking for privacy, compassion, and love during this time. Thank you,”

Zachery Ty Bryan’s net worth as of 2020 is approximately $8 million. Zachery Ty Bryan began his career with ABC hit show “Home Improvement” playing the role of Brad Taylor. He has been associated with the show for almost a decade. Most of his net worth is because of the massive success he received for the show. He has also been a part of many successful TV series such as “Cold Case“, “E.R.“, ” Smallville” and “Veronica Mars,” which has added massively to his earnings.

His net worth increase drastically after featuring in high budget films such as “Fast & The Furious: Tokyo Drift“, and “The Game of Their Lives“