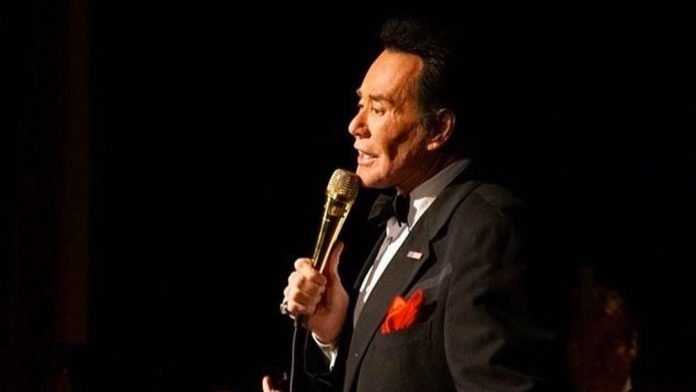 Carson Wayne Newton is a singer and actor. He is one of the most watched entertainers in Las Vegas, Nevada. He got a nickname from his fans and is known famously as The Midnight Idol, Mr. Las Vegas and Mr. Entertainment. He rose to fame because of his 1963 song Danke Schoen. He also released a vocal version of red roses for a blue lady in 1965. In the year 1972, he achieved a number four charting song on the billboard charts titles; Daddy Don’t You Walk So Fast.

He is such a followed celebrity in Las Vegas that the road to the main terminal of the McCarran International Airport in Las Vegas is named after Wayne Newton.

Net Worth of Wayne Newton is around $50 Million

According to celebritynetworth.com, for the year 2020, Wayne Newton has an estimated net worth of approximately $50 Million.  His salary however for this year is still under review.

He owns a mansion named Casa de Shenandoah worth $15 Million in today’s times which is approximately 11,000 sq feet big and also owned a private jet. He, however, had filed for bankruptcy twice till 2011. We believe that he has recovered financially now.

Wayne Newton Gets His Personal Assets Back

Wayne Newton turned his Casa De Shenandoah to a museum and sold another half of it. However, the house was sold and the newton family claimed that they were unaware of the sale that happened and that then lead to a fight for a few personal items that were on the property.

The case was fought for a long time and the judge finally ruled the case in favor of the singer, Wayne Newton and his wife and that the couple will be getting back their personal assets they were fighting for.

Wayne Newton was born on the 3rd of April in the year 1942 in Norfolk, Virginia. His father’s name was Patrick Newton who was an auto mechanic and his mother was Evelyn Marie Smith. Wayne Newton comes from an Irish, German and Native American ancestry. Wayne Newton’s father was an officer serving in the U.S Navy during World War 2.

Wayne Newton grew up learning how to play the piano, guitar and steel guitar from the age of 6. In the year 1958, Wayne Newton got a calling from the local television show, Lew King Rangers Show and both the Newton brothers worked on the show and were signed first for two weeks but worked for a tenure of five years on the show.

In the year 1968, Wayne Newton got married to Elaine Okamura. The couple have one child together, Erin Newton, born on the 25th of July in 1976. The couple, however, had a rocky relationship, they got divorced in 1985.

After his divorce in the year 1994, Wayne Newton got married to Kathleen McCrone, who is a lawyer that was from North Omlsted, Ohio. The couple have one child together named Lauren Ashley, who was born on the 19th of April, 2002.