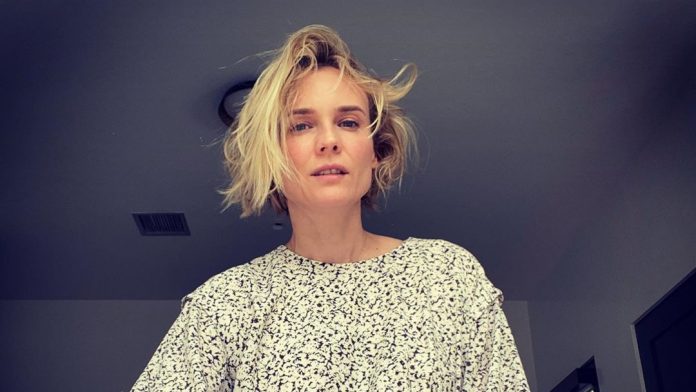 German actress Diana Kruger and Walking Dead star Norman Reedus had their first red carpet appearance at the 75th Annual Golden Globes Awards in 2018 in Los Angeles. The actress was there for her film In the Fade and Norman Reedus was there supporting her.

After it was announced that her film In the Fade had won the award for Best Foreign Language Film, the couple shared an intimate, PDA-filled moment at the live event. Diana Kruger got up and gave a quick, celebratory but passionate kiss to Norman Reedus, holding his face, before rushing to the stage to receive the award.

The actress said in her acceptance speech:

“I am so privileged to do what I love, and thank you for elevating this movie, even though it’s foreign language”.

The couple were dressed in all black for the awards to promote the Time’s Up initiative. They were enjoying a vacation in Costa Rica a few days before the awards show.

The pair started dating in 2017 but they met in 2015 on the sets of the movie Sky in which they were co-stars. At the time, Diana Kruger was dating Joshua Jackson. The ex-couple dated for a decade and broke up in 2016. Although they remained friends as can be seen from their constant appreciation for each other.

Diana Kruger and Norman Reedus are still going strong with 3 years together. They have an adorable little daughter together who is already 1-year-old.

The couple has recently bought a Hollywood Hills mansion together for $8.5 million. In 2018, the couple had brought a West Village townhouse for $11.75 million.

A source told E!News that Norman Reedus is perfectly happy to go to Paris with Diana Kruger who considers Paris her adoptive home town and wants to grow old living there.