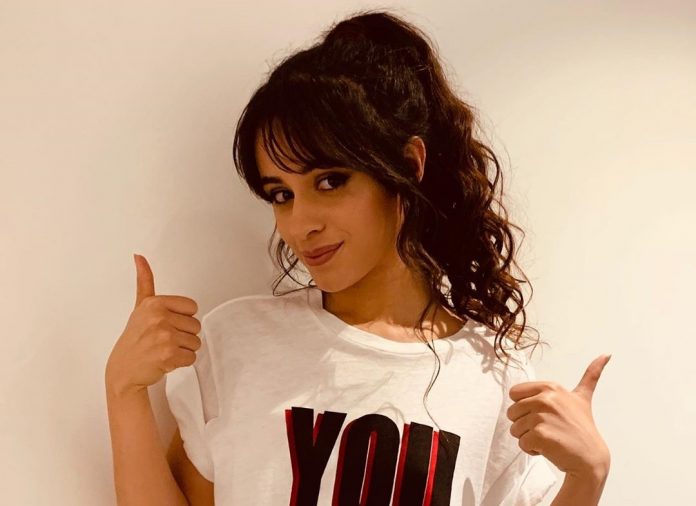 Luis Fonsi’s “Despacito” is leading the fierce race for “song of the summer”. It helps that Justin Bieber, a veritable supernova of pop stardom, joined Fonsi for a remix. Since the remix hit airwaves, “Despacito” has reigned as this summer’s version of “Can’t Stop the Feeling”.

Justin Bieber sings in Spanish! With Luis Fonsi, the legend! And Daddy Yankee! What could be better?

The answer is Camila Cabello, singing the same song. And that also in just Twenty seconds or so, Cabello put Bieber to shame.

Camila Cabello made a cover of the song and she nailed every piece of it!

When Luis Fonsi and Daddy Yankee released ‘Despacito’, it was a good song. When Justin Bieber joined the reggaeton anthem, it was a brilliant song. Now, Camila Cabello has covered it, and it’s WOW.

As a fluid Spanish speaker, Camila sang the Vodafone Big Top 40 number one, ‘Despacito’, and needless to say, we all got slightly goosebumps by it, it’s on another level.

The former Fifth Harmony member appeared on Capital FM Wednesday, where she was asked by host Roman Kemp to sing a portion of Luis Fonsi and Daddy Yankee’s hit song.

Cabello’s short and sweet performance comes a few weeks after Justin Bieber butchered the chart-topping remix of the track, replacing Spansih lyrics with gibberish. Cabello’s rendition is so good, it almost made us forget about Bieber’s disastrous performance.

The former Fifth Harmony member is a native Cuban, having emigrated to the U.S. when she was 7. Naturally, she’s far more familiar with the sounds of Spanish than Justin Bieber is,to put it lightly.

Since releasing the song, Bieber has faced some criticism for not actually knowing the Spanish lyrics he sings in the song. During a performance at 1 Oak in NYC, he sputtered through the words, replacing most of them with “blah blah blah.”

To be fair, Bieber doesn’t speak Spanish, and he likely learned “Despacito” phonetically and did not memorize it. Then, in Sweden Monday night, a fan threw a bottle at Bieber when the pop star refused to sing the song.

“I can’t do it,” he told the cheering crowd. Maybe next time, he can ask Camila Cabello to step in?

“Crying in the Club” singer performed and brought out a sexier rendition of the song! Knowing her Hispanic roots, Camila made it easy for her to sing the Spanish Track.