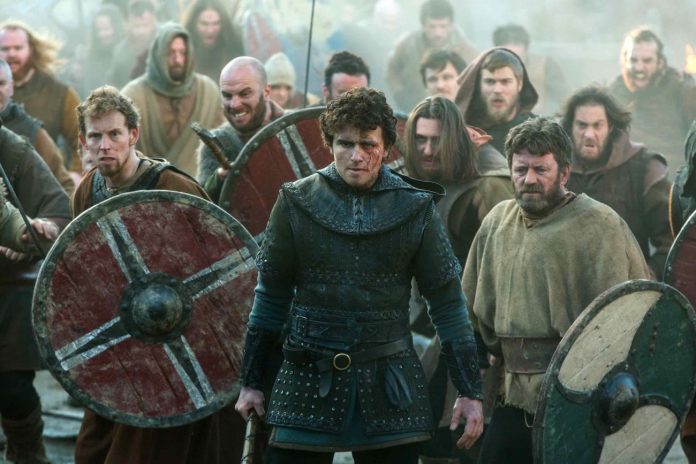 Over the years, we have witnessed mythological series which were brought at our disposal. These include the likes of Game Of Thrones, Beowulf, Vikings, and many more. In 2013, Vikings made its debut and went on to become an overnight hit. Vikings took us the brutal and mysterious work of Ragnar Rothbrok and how he rightfully takes his place as the Norse God. With an IMDb rating of 8.5/10 and the Tomatometer at 93%, Vikings was a smash hit. And after six consecutive seasons, we bid farewell to the HISTORY original series.

Fans were left dismayed after the creators announced the end of Vikings after season 6. However, the fans are in luck. Though Vikings ended in December 2019, the makers immediately announced that a spin-off is in the works. The spin-off, titled Vikings Valhalla, will be a follow-up series, set 100 years after the events of Vikings

Vikings Valhalla: When Will It Release?

What Will Be The Plot For Vikings Valhalla?

Vikings ended on a tragic note and left the fans with a number of unresolved questions. Bjorn Ironside was left to die after Ivan stabbed him through the chest. With no one around to save him, Bjorn Ironside died in the final moments of Vikings Season 6.

For those seeking closure wont be getting one from Vikings Valhalla. Vikings Valhalla will be set 100 years into the future following the events of Vikings. Valhalla, as per the Norse mythology, is an enormous hall in the afterlife, where combatants travel to when they die. These deceased warriors join Odin in Valhalla to help him fight in the battle. As the name suggests, Valhalla will feature the tail-end of the Viking era.

Following the death of Bjorn Ironside, Vikings Valhalla will feature the stories of other historical figures such as Leif Erikson, Freydis, Harald Hardrada, and William the Conqueror.

Vikings Valhalla: Who All Are In The Cast?

Meanwhile, Vikings star Alexander Ludwig, who played Bjorn Ironside on the HISTORY series, recently opened up about his desire to feature on the show. Therefore, we can’t rule out Ludwig’s casting and may get to see him portraying the Norse hero once again. However, no concrete information is present at this time regarding the actual cast for Vikings Valhalla as well as other scheduled cameos as well as guest appearances

Smokey Robinson Net Worth: His error on “Chanukah” has Left...