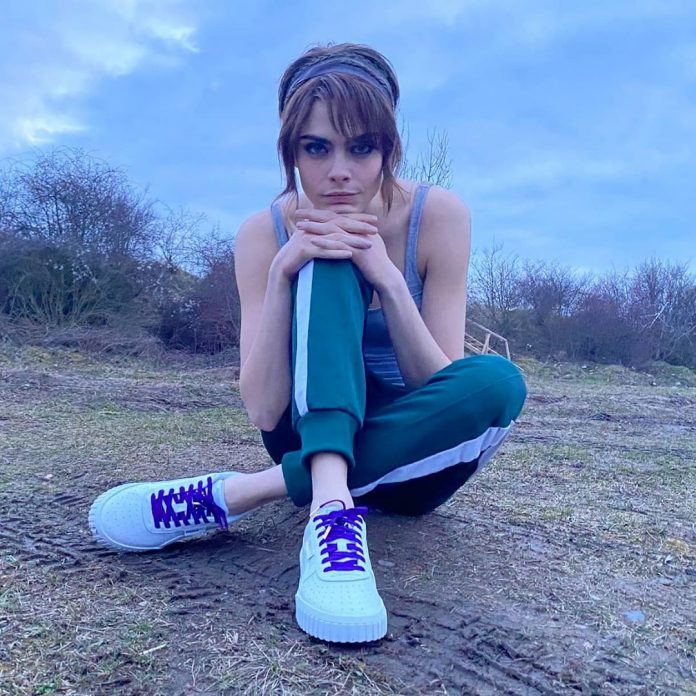 Cara Delevingne pushed a paparazzi in Paris when she was there for Chanel’s Fashion Week extravaganza. When she went to I’Avenue restaurant curb after the show with her then-girlfriend St. Vincent and Kendall Jenner, things got out of hand.

When they reached the curb, Kendall Jenner was greeted but left alone. When Cara was walking in, people chanted her name loudly and paparazzi were trying to come close. Although the paparazzi were stopped by Cara Delevingne’s guards, one of them came a little too close for her to bear.

She turned around, gave a deathly look to that one paparazzi and deliberately pushed him.

Cara Delevingne then took to twitter to address or rather confront the paparazzi.

‘Dear paparazzi, if you are in my way, I have a right to move you.’

Clearly, she was not apologetic for her actions and owned them. Bold and upfront, typical Cara Delevingne.

Later, in another series of tweets, Cara Delevingne warned the photographers that she will have her revenge at some point.

“One day when I have time, I will find out where you live and camp outside your house with my friends armed with cameras”.

The actress believes in tit for tat. Talking about her loathing for photographers, she once confessed that she would love to punch a photographer. On the topic, she said,

We can say that we know a thing or two about Cara Delevingne’s fantasies now.

Cara Delevingne also gets irritated and creeped out by obsessed fans that follow her every movement. She thinks that there is a different kind of fandom nowadays, people find one person and obsess over them and follow them. It’s really scary.

Watch: When Diane Kruger and Norman Reedus ‘Kissed’ at the Golden...

How Did Helen Reddy Die? Read To Know The Cause Of...

“I was so panicked” Margot Robbie confessed about giving Brad Pitt’s...