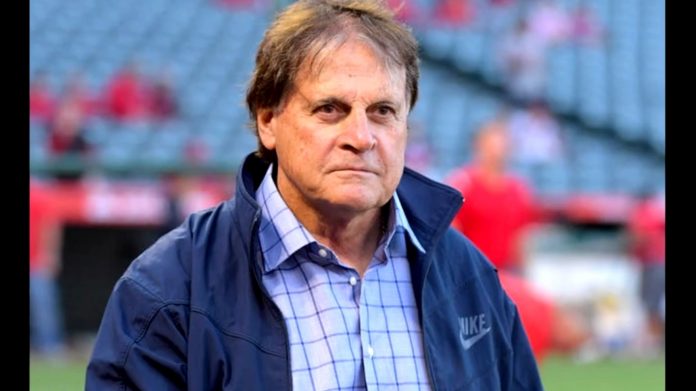 Just a few days after being hired by the White Sox as team manager, Tony La Russa is once again in the news as he is facing DUI charges.

Tony La Russa was charged with driving under the influence after the 76-year-old Hall of Famer allegedly crashed his car into a curb way back in February. This is also Tony’s second misdemeanour DUI.

When approached by ESPN to comment on the incident, La Russa said:

“I have nothing to say”

Tony La Russa Net Worth is around $30 Million

Tony La Russa has been a part of the baseball world, both as a player and a manager for over 55 years now.

His combined earnings as a player and as a manager for teams like Chicago White Sox, Oakland Athletics, St. Louis Cardinals have brought the Hall of Famer’s net worth to about $30 Million.

Tony debuted as a player way back in 1963. Though his game was limited due to a shoulder injury that troubled Tony La Russa throughout the remainder of his playing career.

As it is the announcement of Tony La Russa’s hiring as the manager of Chicago White Sox was already controversial, the news of the 76-year-old Hall of Famer’s arrest for driving under the influence of alcohol isn’t going to make things easier for him.

According to court records obtained by ESPN, Tony crashed his car into a curb back in February and left it smoking on the side of the road.

Tony has a prior DUI incident to his name as well. Back in 2007, he pleaded guilty to charges of DUI in Jupiter, Florida. La Russa was arrested because he fell asleep at a traffic light near a training centre of the St. Louis Cardinals which the Hall of Famer was managing at that time.

According to an affidavit filed by the Arizona Department of Public Safety, La Russa told the Peace Office that he was returning from a dinner he had with friends from the ‘Los Angeles Angels’.

The peace officer who responded to the call detected a light odour of alcohol. The officer described Tony’s behaviour to be argumentative in nature. After a field sobriety test, the officer had to take La Russa into custody.

According to a White Sox spokesman, the organization is very much aware of the incident. The spokesman said:

“Because this is an active case we cannot comment further at this time.”

La Russa refused to submit any blood or urine samples, therefore a search warrant had to be issued to take the necessary tests to determine La Russa’s blood-alcohol level.

What Does Gus Malzahn’s Firing Mean To His Net Worth?