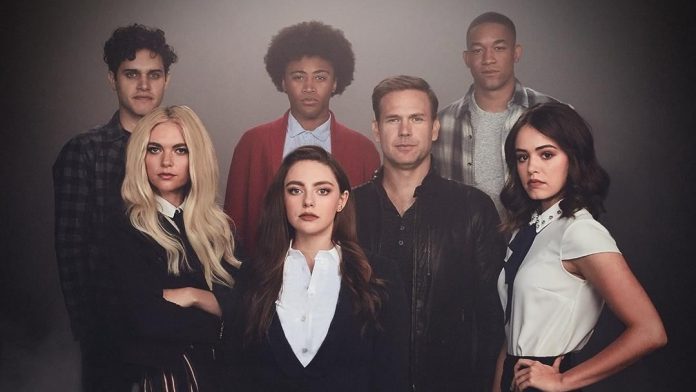 The Vampire Diaries star Joseph Morgan has told that he will not appear in the spin-off series Legacies. The British actor first entered the franchise as Klaus Mikaelson in the vampire series and then it’s a first spin-off, The Originals in 2011.

After being a huge and important character in the franchise, he outrightly stated that he will not be joining the spin-off as he does not want to mess up his neat end and goodbye to the show.

In the first two seasons of the show, Legacies had had a lot of cameos of the characters from The Vampire Diaries and The Originals, Freya Mikaelson (Riley Voelkel), Kai Parker (Chris Wood), Matt Donovan (Zach Roerig) and more.

Klaus was killed at the end of the show but has not kept the fans from hoping that he might make come back as a ghost or even has a cameo in the spin-off. However, the death of her father really messed with her and she has mentioned him quite a lot of time during the whole show.

“You’re never going to see it,” Morgan told TV Guide in the midst of promoting his new project, Brave New World. “You can hold your breath as long as you want. You know why?

“I have The Originals box set on my shelf, and it’s a beautiful thing because it’s five DVD sets that are a complete story from beginning to end of this guy, Klaus Mikaelson“— well, starting back in The Vampire Diaries.

“So I just feel like to come back as a ghost or a flashback or something, for me, that journey, that story has ended. That’s the complete story, and it just doesn’t feel right to me to do that.“

The actor believes that his return to the spin-off will not do any good to the show, “come back as a ghost, or a flashback, or something else… for me, this story is complete. The story is complete, and it would seem to me not much to pull on the rope“.

Moreover, in order to counter the disappointment of the fans in this regard, the interpreter of Klaus has not hesitated to add, “I’m sure that Julie Plec [the designer] thinks the same thing. It seemed strange, a little forced.”

We saw in The Originals how much Klaus’ character loved his daughter and the show Legacies created by Julie Pec revolves around her. Hope (the daughter) played by Danielle Rose Russell who is a part vampire, part werewolf, part witch, and her teenage tribrid life.

Another Vampire Diaries heartthrob, Matt Davis who plays Alaric Saltzman who is a hunter-turned-bloodsucker-turned-ghost will be returning to the show.

Here Is Everything New Coming To Netflix UK On 8th September...

The Umbrella Academy Season 2- Release Date, Cast, and the Plot