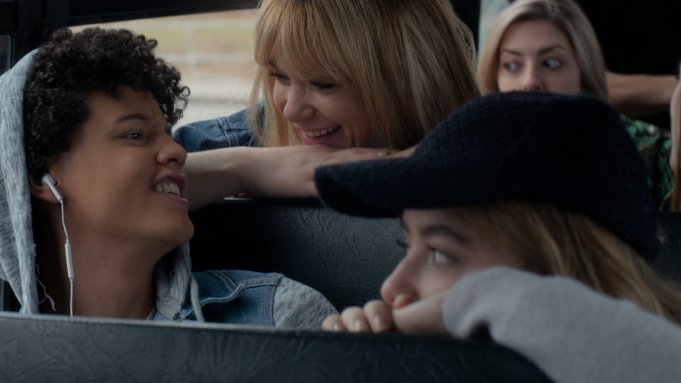 Despite being renewed for a new season a couple of weeks ago, it is unfortunate that Society’s second season will be axed by Netflix executives. The production for season two was supposed to continue next month in September but news of its cancellation arrived just a few days ago.

What was The Society about?

Even among Netflix’s wildest hits like The Umbrella Academy in 2019 and other teen series, The Society proved to be one of Netflix’s underrated sleeper hits.

A modern re-telling of the Lord of the Flies, the show centers on students from a wealthy New England enclave returning home from a camping trip to find everyone in the town has vanished. While our young adults seem to enjoy this newly found freedom, it soon becomes clear that they need to establish some kind of order while they figure the mystery behind the disappearances.

Season 1 shows us that the kids form their own government for “New Ham” and establish rules and laws. However, at the end of season 1, we see that Allie’s (Kathyrn Newton) leadership is challenged by the psychopathic Campbell. And if setting up a government didn’t qualify as weird and strange, at the end of season 1 we find out that in a parallel version of West Ham, the kids are considered missing and life has continued without them.

Here’s what we know

Season 1 had 10 episodes that were released last year on May 10th, and the show was renewed for a new season a couple of months later but COVID-19  has been the reason why production for the new season was canceled.

Netflix issued a statement about the cancellation.

“We’re disappointed to have to make these decisions due to circumstances created by COVID, and we are grateful to these creators, including Jonathan Entwistle, Christy Hall, Shawn Levy, Dan Levine, Dan Cohen and Josh Barry at 21 Laps Entertainment for I Am Not Okay With This; Chris Keyser, Marc Webb and Pavlina Hatoupis for The Society; and all the writers, casts and crews who worked tirelessly to make these shows for our members around the world.”

“We’ve made the difficult decision not to move forward with second seasons of The Society and I Am Not Okay With This.

What do you think? Have you watched the first season of The Society? Stay tuned for more updates.

Here Is Everything New Coming To Netflix UK On 8th September...