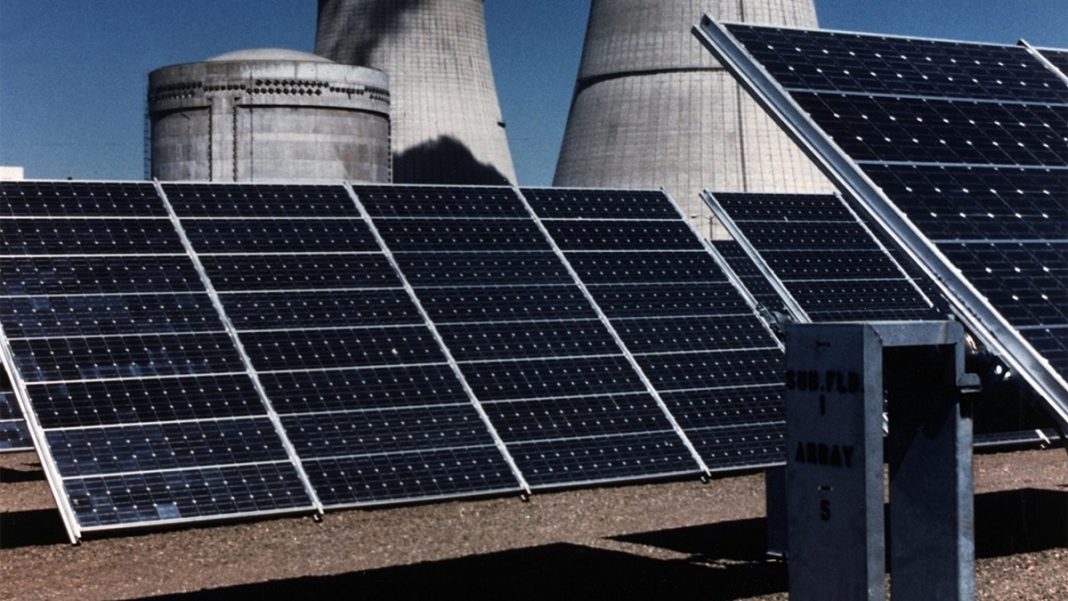 The sun could be too harsh during the summer break and solar panels suffer from the heat just as we do. However, we find a way to cool ourselves down either by getting a nice chilled drink or taking satisfaction in a pool party with friends. Researchers too have established a perfect way to chill out overheated solar panels.

The panels are expected to be the best and healthy alternative for consuming electricity just as we know. It has gained popularity worldwide as more than 600 gigawatts of solar power capacity prevails in different corners of the globe. Approximately 3 of the population depend on it as a sole source of electricity. As awareness is increasing, the numbers are anticipated to take a high jump too in the coming years.

According to Jun Zhou, a materials scientist at Huazhong University of Science and Technology, largely silicon is used in majority amount in the process of converting sunlight to electricity, but if we go in detail we come to know conventional silicon cells restore only 20% of the Sun’s energy is transformed into current and the rest is basically heat which warms up the panels to the extend of 40°C. And as to our knowledge, with every degree of temperature above 25°C, the efficiency of the panel drops. Jun believes ” In a field where engineers struggle for every 0.1% boost in power conversion efficiency, even a 1% gain would be an economic boon”.

Also Read  Renewable energy to cause an eclipse on coal in the U.S for the first time

Researchers have given every bit of their brain and came out with a way to make the panels ”sweat”. This would cool down the panels and increase their output. It’s a win-win situation. It’s “a simple, elegant, and effective [way] to retrofit existing solar cell panels for an instant efficiency boost,” says Liangbing Hu, a materials scientist at the University of Maryland, College Park.

Long back, researchers came up with a similar sort of plan of cooling the solar panels by using water but that idea had many loopholes, for instance, these setups require abundantly available water with supplies which is not nearly possible in developing countries.

The best alternative they discover was using a gel. It strongly absorbs water vapor at night, when the air is cool and humidity is high. A mixture of carbon nanotubes in polymers with a water-attracting calcium chloride salt would cause the vapor to condense into droplets that the gel holds. During the day time when the heat is at peak the gel would let go of the water vapor and further If wrapped by clear plastic, the discharged vapor is trapped, summarizes back into liquid water, and flows into a storage container. Seems like we are back to our seventh-grade science class.

Peng Wang, an environmental engineer at Hong Kong Polytechnic University, and his colleagues carried out the experiment. Did as suggested above. At last, the resulted evaporated water would cool the burning solar panel just like sweat chills us down.

The amount of gel compels is highly dependent on the humidity present at the location. For example, if the set up is located in a dessert with 35% humidity a 1-square-meter solar panel required 1 kilogram of gel to cool it, whereas a muggy area with 80% humidity required only 0.3 kilograms of gel per square meter of the panel.

The team continues to work towards making the plan better and better taking all shortcomings in the account. But how much the gel would cost is also a relevant question. The good news is, this recourse would conclude in 15% efficiency gain from hot solar panels, and in this genre, 15% gain is a lot.

Renewable energy to cause an eclipse on coal in the U.S...