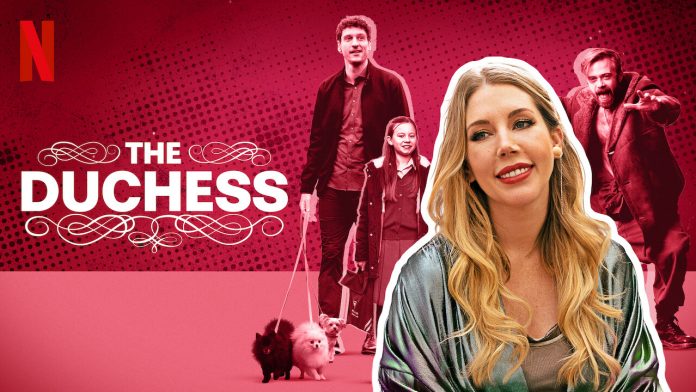 Katherine Ryan, a Canadian comic has released numerous stand-up sets on Netflix. Now she is at the helm of a brand new Netflix comedy show called, The Duchess. It is a modern-day story of parenthood that comes with its ups and downs.

What is The Duchess about?

The Duchess revolves around a woman called Katherine (played by Ryan), as she tried to provide for her daughter, Olive as a single mother while trying to build a life for herself.

We get to see her balance her life with her ex who is clearly frustrated with her and has moved on. A series of dates that turn into a disaster as Katherine battles with her insecurities and has trouble letting anyone in.

Viewers will also see her getting a new boyfriend who wants to take their relationship forward, and Katherine finds herself debating whether she wants another child by Olive’s father.

When asked about the show Ryan said, “The Duchess is super authentic I think to my personality, to my stage persona, because it’s a disruptive mum who’s a bad person but a good mum. She’s fashionable, she loves being a mother she’s not sad about it — it’s me, yes. The rest is fiction, but it is a heightened version of me, and I’m really lucky because they’re just letting me go and write the real thing that I would have wanted to.”

The show imagines a fictional version of Katherine herself, who is described as an all-around bad person whose only virtuous quality is that she will do anything for her daughter.

Who is in the cast?

Ryan plays a fictional version of herself called Katherine. A single disruptive mom in London living with her daughter Olive.

Olive’s father who lives on a boat and shares the custody of his daughter is played by Rory Keegan.

Netflix dropped a trailer for the show on Monday, August 17, and gave the fans a closer look at the upcoming comedy sitcom.

We meet Katherine, a single mom who finds herself juggling her boyfriend,  life with her daughter, and work whilst also exploring the possibility of having another child, either through a sperm donor or her unreliable ex.

Zooey Deschanel Net Worth and the Reunion of the “Elf” Cast