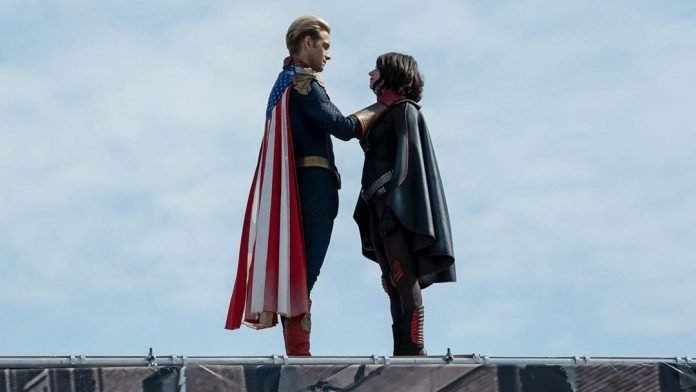 Prime Videos’ hit high octane superhero series ‘The Boys‘ which recently finished the run of its second season is all set to return for a much anticipated third season. The finale left the viewers at a cliffhanger and also teased new heroes and a supervillain for the next season.

The Show that Revolutionised the Superhero Genre

When The Boys first premiered back in July 2019, it struck a chord with viewers because of how it flipped the concept of superheroes on its head.

The Prime Video series which is based on the Dynamite Comics’ comic book series of the same name, pitted normal everyday individuals, seeking revenge/justice, against the Godly beings that superheroes usually are.

For the second season, the showrunners decided to go with an episode a week format. Though viewers criticized the producers for not sticking to the previous routine of releasing all episodes at once, the second season still found appreciation for exploring the dystopia like the world.

In the second season, Billy Butcher (Karl Urban) and his gang went through a lot of emotional and physical trauma. But their resolve to check the supes for their wrongdoings is still strong.

We see Butch making every attempt to find and free Becca (Shantel VanSanten). Homelander (Antony Starr) is still the very embodiment of evil that he was in the previous season. Hughie (Jack Quaid) continues to provide a sense of morality to the gang and reminding them to be better than the supes and Vought Industries.

But the highlight Superhero or rather the villain of this season was “Stormfront” (Aya Cash). Stormfront and Homelander’s relationship was the epitome of toxic individuals ruining everything they touch because of their regressive notions about people and the world.

We finally got to see Lamplighter, who was talked about a lot in the previous season. This season also revealed a max security detention facility holding super powered individuals injected with the Vought serum, which only gets overrun due to a mishap involving the Boys and Lamplighter.

Like the previous season, the second season focused on building new relationships amongst contrasting individuals and delving deeper into the psyche of it’s characters.

The show’s attention to making the story and it’s world as politically relevant as possible was just commendable.

Prime Video has already confirmed a third season for The Boys. Even before the second season came out the addition of Supernatural actor Jensen Ackles to the third season was announced.