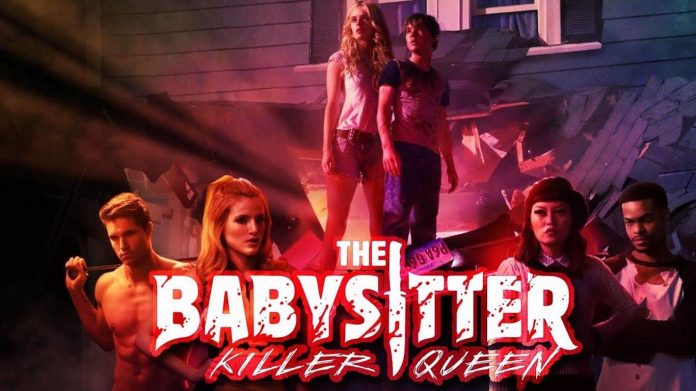 We all love horror films. Though they may scare the crap out of us, we still make it a point to watch. Over the years, we have seen several fantastic horror films. Some of them include hits like The Conjuring, Orphan, Ouija, and many more. Written by Brian Duffield and directed by McG, The Babysitter debuted on Netflix in 2017. Since then, it is one of the most popular horror films on Netflix

The Babysitter told us the story of a little boy who decides to spy on his Babysitter. However, things take an expected turn when he finds out that his Babysitter is the member of a Satanic cult. Later, he finds out the cult will stop at nothing to keep him quiet. With an IMDb rating of 6.3/10 and the Tomatometer at 72%, the film was a smash hit.

Therefore, let’s dig into the details regarding the release date, cast, and plot for The Babysitter: Killer Queen.

After a wait of almost three years, we are finally getting the sequel to the 2017 Netflix original horror film. The Babysitter: Killer Queen released on 10th September 2020 and is now streaming on Netflix. Therefore, we suggest you hurry and catch up with Cole and the others

What Is The  Plot For The Babysitter: Killer Queen?

The prequel revolved around a young boy named Cole, who decides to spy on his Babysitter Bee one day. However, what he discovers shocks him to the core. While spying on his Babysitter, Cole realises that his Babysitter is a member of a satanic cult. Things take a turn for the worse when he finds out that the cult will stop at nothing to keep Cole quiet. The prequel ended with Cole defeating the cult and laying to rest. Two years, Cole goes into high school but is majorly unpopular. However, Melanie invites Cole for a weekend at the lake. Everything is having fun until Cole realises that the cult and its members have returned to seek revenge on Cole. And this time, the cult is back in huge numbers. Therefore, Cole has to rise to the occasion once again and stop the cult from hurting him and his friends.

Cast: Who All Are In the Babysitter: Killer Queen?

A majority of the cast members are reprising their roles in the sequel. This is how the cast stands for The Babysitter: Killer Queen Bear McCreary scored the music for the film. The American composer is known for his work on 10 Cloverfield Lane, Battlestar Galactica, and Godzilla: King of Monsters. Below is the full list of songs that are featured in The Babysitter: Killer Queen:

Rick and Morty Spin-off: Are they the same person?