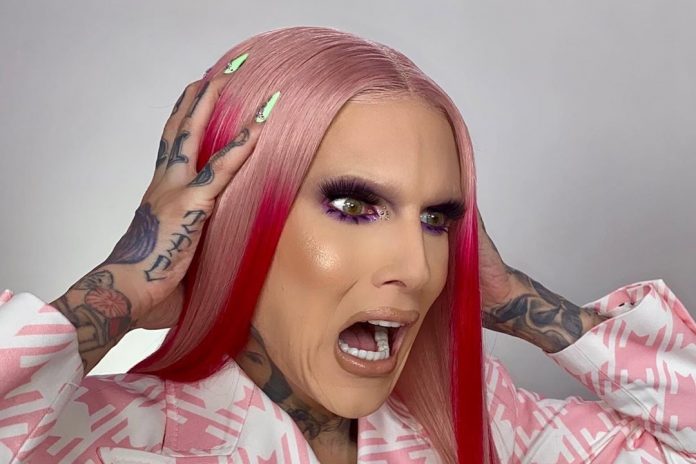 Jeffree Star posted a YouTube video titled “Reacting To Tik Toks About Me (They Broke In!)” through which he commented on TikTok videos about him.

Jeffree Star confirmed he is not officially on TikTok yet.

He said “I have actually never been on TikTok” he went on to say “There are a lot of fake accounts, there are so many videos about me“

Jeffree star has been featured as a guest on a lot of his Friends TikTok accounts but never had his own profile, but the wait is over.

Jeffree Star officially confirmed he would be joining TikTok. He said

After watching a clip in which two girls claim to have lived in his mansion before him, he went on to address that many people have been contacting his assistant and friends about a video in which someone is trespassing onto his home. He thinks it is a little sketchy.

Star said that there are some creepy videos about his home that he would like to dive into deeper. He then went on to watch the video in which two people are walking around the outside of his mansion. The video is titled “When you sneak into Jeffree Star’s house” on TikTok.

Jeffree Star confesses the house is his own

The make-up artist points out that the account which posted that video has only one video on its profile. Then he went on to explain why this video is not true. he confirmed that it is his home but he pointed out that there is no rose garden there anymore and the patio furniture is also gone.

Here is the viral TikTok video

He forgot to lock the gate🤣 ##fyp ##foryoupage

Although, he accepted that the video is indeed very convincing and also a little sketchy and scary. He said that to someone who doesn’t know that the rose garden is gone, this video can seem true.

The internet-personality reassured him friend sand well-wishers that no one broke into his home and he appreciates and is thankful for everyone’s concerns. He further stated that Colin and Roman are not playing games and they are going to bow and arrow someone if they even come near them. We are not definitive but we think that Colin and Roman are him armed bodyguards that live with him 24×7.

As adorable as Jeffree is, he gave a more adorable one-word message for whoever posted that video. He said, “But, whoever you are…cute!”

We can’t wait for the Grey’s Anatomy season 17 and here’s...