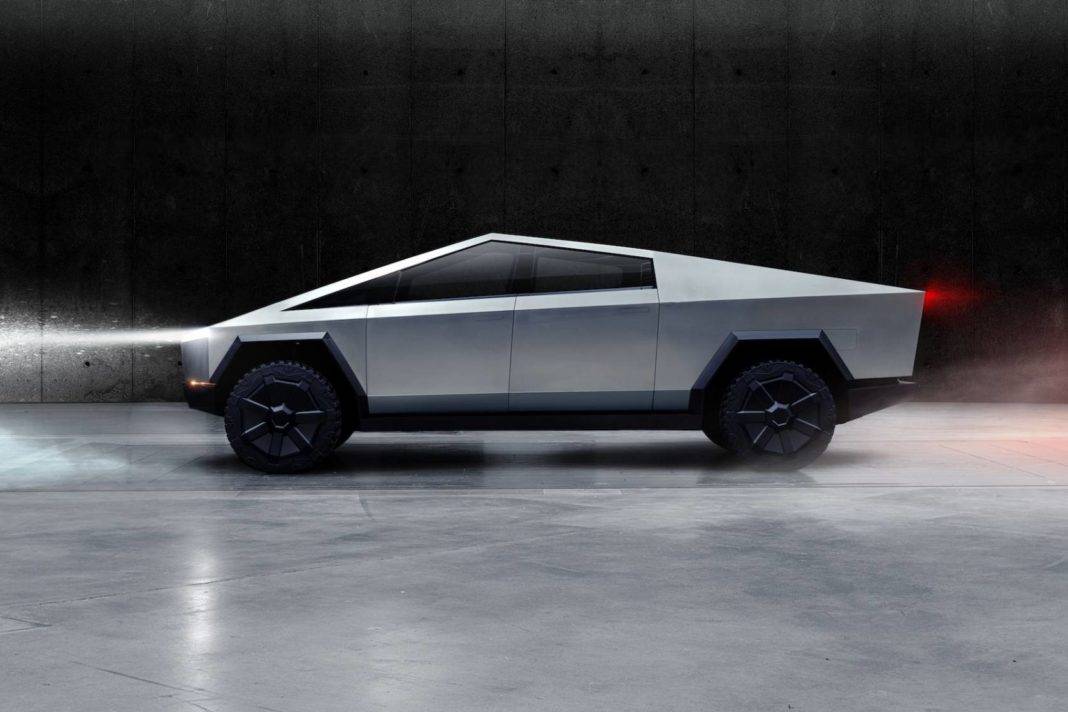 On 21st November, Elon Musk arranged an unveiling event for its newest addition to electric cars- I mean trucks. The pickup truck arrived on stage in all its glory and left everyone at the event speechless.

The Cybertruck looks nothing like a regular pickup truck with its geometrical design. Some reported that it looked as if the Cybertruck had come straight from an art exhibition. The even that took place in the Design Studio in Hawthorne, California, just outside Los Angeles, did not however, go as planned. 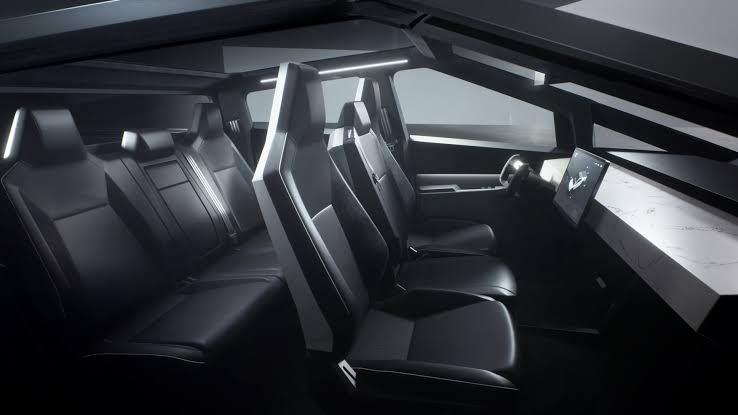 The Cybertruck has an exterior that is made from a newly developed stainless steel alloy, the same metal that’s used for SpaceX rockets, Musk said. The same alloy also enables the car to be “literally bulletproof” against at least smaller firearms, including 9-millimeter handguns.

When a man with a sledgehammer hit the sides of the truck to prove this claim, the window did stand strong. But when it was hit with a metal ball, the glass broke. To which Musk sheepishly said, “it didn’t go through”. 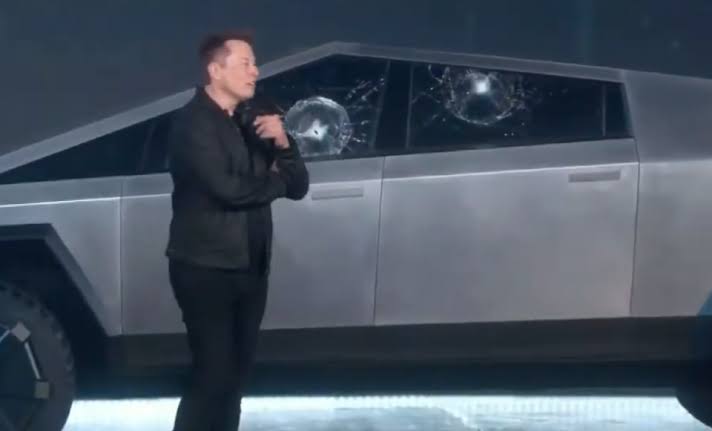 Musk before the unveil had made many claims about the features and abilities of the Cybertruck including the ones where he said that it was better than a Porsche 911 in performance, and better than in terms of towing and hauling, than a Ford F-150.

The new electric truck is thought to be able to carry 3,500 pounds, tow up to 14,000 pounds and go from zero to 60 in 2.9 seconds. It also would be able to drive up to 500 miles on a full charge. Base models will have a range of 250 miles. Apart from being able to carry cargo in its bed, the truck also has lockable storage spaces under the hood and in the sides. The bed itself also has a sliding cover. Drivers can adjust the ride height of the truck, for when they are on the highway or off-road, using an adaptive air suspension system.

When a rider came out from a side room, during the event, on a small electric all-terrain vehicle, he flipped down the truck’s tailgate, extended a built in ramp, and rode it up into the bed.

Because of its unique features, designs and claims, the Cybertruck is expected to see little to no competition in the near future. The market potential for the truck however, remains somewhat of a mystery. This is because Tesla’s Cybertruck looks nothing like a traditional pickup. Truck buyers may want to stand out, but it’s unclear they’ll be comfortable with standing out quite so much.

Production will begin in late 2021, with production of the Tri Motor AWD version of the Cybertruck beginning a year later, according to Tesla.