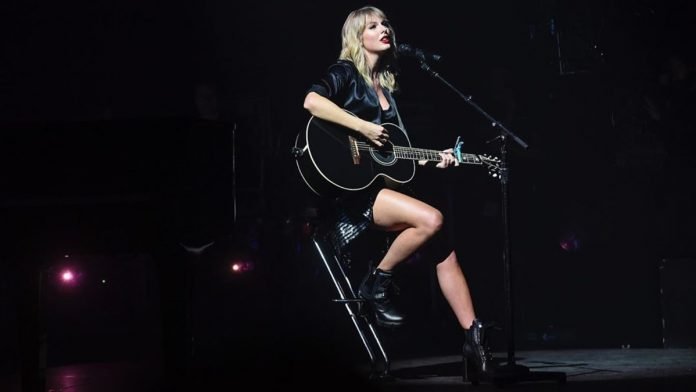 Taylor Swift is an American singer and songwriter. She was discovered at age 15 by future music mogul Scott Borchetta while performing at a Nashville cafe. Borchetta signed Taylor as the first artist under his newly-formed Big Machine Records.

Today she is one of the most popular and most successful entertainers on the planet. In some touring years, she has easily earned a worth of $150 million.

The 30-year-old singer-songwriter is also one of the most decorated musicians. Last November, she beat Michael Jackson’s record for American Music Awards.

As per the report published by Wealthygorilla.com, Taylor’s net worth is estimated to be around $400 million USD.

Between June 2016 and June 2017, Taylor earned around $50 million. There have been several years where Swift has made more than $150 million off album sales, touring, merchandise and endorsements.

Swift’s endorsement deals and partnerships are with high-profile brands like Keds, Diet Coke, Cover Girl and Apple, which brings in a lot of money. If the reports are to be believed, Taylor is a huge car enthusiast and owns a Toyota Sequoia, Audi R8 Sport and a Porsche 911 Turbo.

Reportedly, Taylor’s house all over the US costs around $84 million USD. It was estimated that Taylor had earned $1 million USD each day. In 2017, Taylor Swift secured fourth place in the list of highest-paid celebrities, earning nearly $44 Million USD.

Taylor Swift’s real estate portfolio is quite impressive. When she was just 20 years old she bought a condo in downtown Nashville that today is worth $3 million. In 2011 she spent $2.5 million on a large estate in the suburbs of Nashville. In 2013 she spent $6.65 million on a 12,000 square-foot waterfront home in Rhode Island.

Taylor owns $50 million worth of apartments in New York City. Her Manhattan footprint started in 2014 when she bought a penthouse in Tribeca that she eventually transformed into a 10-bedroom duplex that today is likely worth $20 million on its own.

Taylor recently announced the release of her own album, Folklore. If the reports are to be believed, Folklore was expected to release before March, however, just like many other shows and movies, the album was postponed due to the pandemic.

Considering Taylor’s website selling the album in a large array of physical configurations, it seems like her Folklore will hit high notes at the Billboard Music Chart.

NFL: Joe Burrow’s Net Worth, Salary, and Update on his Knee...

Rick Santorum Net Worth and Why He Thinks Obama Was Spoiling...

Kyle Rudolph: Net Worth of TE Released by Minnesota Vikings after...