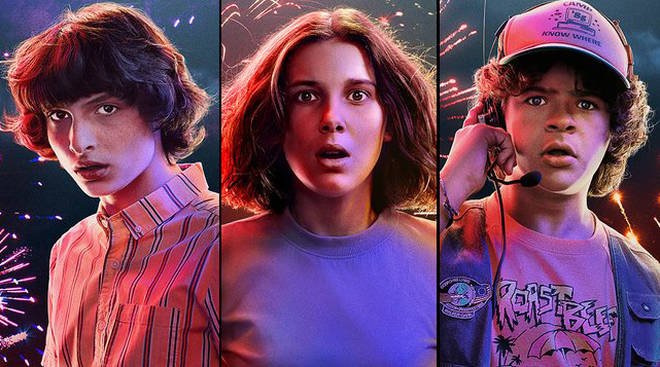 One show on Netflix who took everyone by the storm in 2016 was Stranger Things and the show has
not stopped doing that since then. Stranger Things is an American web drama about science fiction and
supernatural powers with a pact of mystery and horror. Two brothers gave us this incredible show
known as Matt and Ross Duffer and also work as showrunners as well as executive producers along
with Dan Cohen and Shawn Levy and they have some exciting news to give us. But if you still haven’t
got the chance to know about this show now is a perfect time. (Spoilers ahead)

What is the show about:

The show’s story takes place in a fictional town Hawkins from Indiana in the 1980s. Story progresses as
a young kid named Will Byers gets abducted by supernatural creatures from something known as The
Upside Down. This upside Down is apparently an alternate dimension got created by Hawkins
National Laboratory. And this the Upside Down and its creatures start to affect Hawkins and it’s
public. But that’s not all, the story takes an interesting turn when a girl named Eleven with psychokinetic
powers escapes from the laboratory enters the town, and joins other kids Mike, Dustin, Lucas to save
Will.

Where season 3 left us:

Season 3 dealt with some big deal of horrors where the police officer of Hawkins Jim Hopper who starts
to take care of Eleven as his daughter sacrifices his life to save the town. On the other hand, some
bitter moments happen as the Byers family leaves the town and Eleven loses her powers and some
powerful authority that is Russians planning something horrible.

We were all sad that our favorite character Jim Hopper seemed to leave us in season 3. But
Duffer brothers surprised us with a season 4 teaser where we can see that Hoper is still alive but
apparently got caught by the Russians. And Duffer surprised us with more news when they gave an
interview to the Hollywood Reporter. They informed that’ Season 4 of Stranger Things will not be
the end of the series also that they are sure about the end and also when will it be.’
They also further explain that the pandemic has done some good things for the further season as
this is the first time they are ready with full scripts for season 4 and with on-point details about
the characters. So there are lots of things going on and lots of possibilities for season 4. Will
Hopper be able to escape? Will Eleven get her powers? What will Mike, Will, and Lucas face?

Doug Emhoff: Net Worth of The First ‘Second Gentleman’ of America