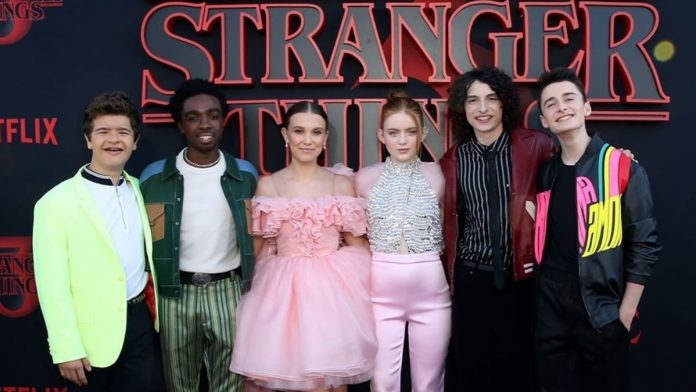 The Emmy Awards Nominations are now live, and there are already several fan favourites making the list of nominees. That includes Netflix’s beloved Stranger Things series, which earned a nomination in the Best Drama Series category.

As The New York Times noted, the Emmys drama and television categories are growing in 2020.

The Emmys 2020 nominations come in an interesting time for television, as new productions have found themselves halted because of ongoing coronavirus pandemic concerns.

The 72nd Emmy Awards will air on ABC in a ceremony hosted by Jimmy Kimmel, though it’s not known yet how that will work exactly.

All of the townsfolk from Hawkins, Indiana- kids, parents, mall workers, lifeguards, are now hoping for their shot in the awards spotlight for the buzzy third season, which streamed July 4, 2019.

Season 3 takes place in the summer of 1985 and centres around an exciting new set piece: The Starcourt Mall. As Eleven (Brown) and Mike (Finn Wolfhard) grow closer together, infuriating Chief Hopper (Harbour), Joyce’s (Ryder) talks about moving out of Hawkins are interrupted when the kids notice some of the townsfolk are acting rather strangely. As the season progresses the cast splits up into several different groups, but they all come together to fight evil does in the epic finales; “The Battle of Starcourt”.

Outstanding Sound Editing for A Comedy or Drama Series (One Hour)

Outstanding Sound Mixing for A Comedy or Drama Series (One Hour)

Fans are shocked that Dacre Montogomery was not nominated either in any fashion.

It is hard to ignore the performance that Montogomery has in Season 3 of Stranger Things. Striking many different emotions with the fans, Montgomery who plays Billy Hargrove, took his character to the next level. From his fighting scenes to his emotional ending at Starcourt mall, he put on a performance that was nothing short of amazing and Emmy worthy. Stranger Things Season 4 production is on hold due to the COVID-19 pandemic but is expected to resume in September this year.

Outlander Season 6 is back with “Sam Heughan” and Rest of...