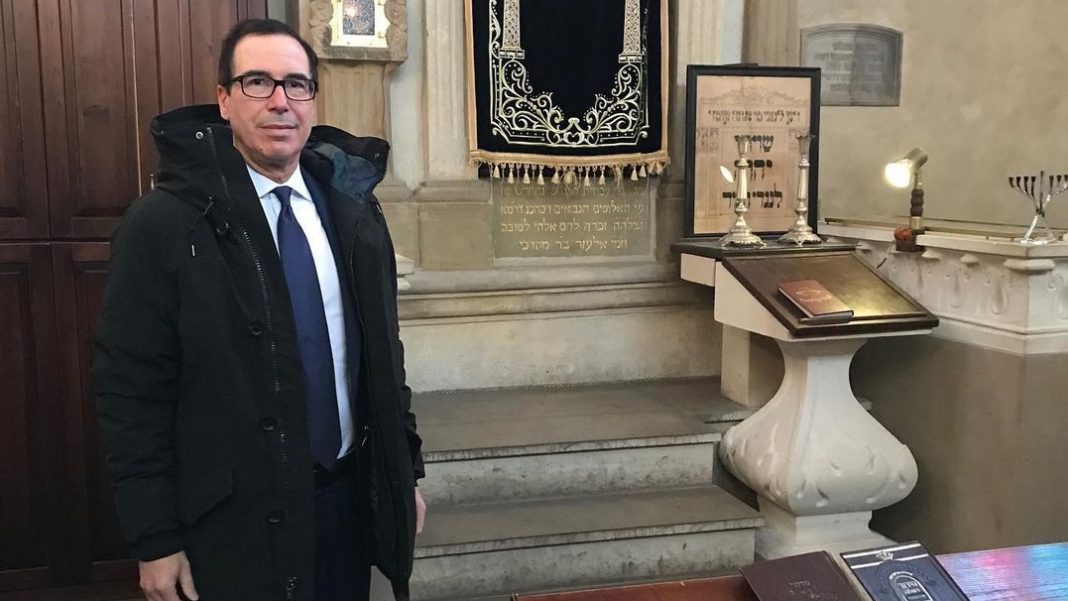 Steven Terner Mnuchin is a politician, investment banker, and film producer who is currently the 77th United States secretary of the treasury as part of the cabinet of Donald Trump. He was a part of the Trump Presidential campaign in 2016 and was the National Finance Chairman for the entire campaign.

According to celebritynetworth, Steven Mnuchin has an estimated net worth of approximately $400 Million for the year 2020.

Steven Mnuchin says $600 stimulus payments will go out from Tuesday

Steven Mnuchin announced that the Trump administration will be giving out stimulus payments close to $600 to Million to the people of America making this the second direct payment in the midst of unemployment and business closures. The Treasury Secretary, Steven Mnuchin tweeted “may begin to arrive in some accounts by direct deposit as early as tonight.” He also said that the government would process the mailing out of checks on Wednesday for people who did not have government registered bank accounts.

He spoke about the payments and said, “These payments are an integral part of our commitment to providing vital additional economic relief to the American people during this unprecedented time,”

The Politician’s Life growing up

Steven Mnuchin was born on the 21st of December in the year 1962 in New York City. He is of Jewish descent. His father’s name is Robert E. Mnuchin and his mother’s name is Elaine Terner Cooper. His father was a partner at Goldman Sachs and also founded an art gallery.

Steven Mnuchin was a student at Riverdale Country School and he graduated from Yale University with a bachelor’s degree in economics in the year 1985. While he was studying at Yale University, Steven Mnuchin was a publisher for the Yale Daily News and had also been initiated into the Skull and Bones in 1985. He owned a Porsche and lived at the New Haven’s Taft Hotel.

After graduating from University, Steven Mnuchin got his first job as a trainee at an Investment bank called Salomon Brothers in the early 1980’s.

Steven Mnuchin was married to Kathryn Leigh McCarver from the year 1992 to 1999. In the year 1999, he married Heather deforest Crosby and the couple had three children together. Heather Mnuchin was an active person in Philanthropy and Aziam Yoga. The couple however did not stay together for a long time and got divorced in the year 2014.

Steven Mnuchin then went on to get married to Louise Linton on the 24th of June in 2017 and the ceremony was presided over by Mike Pence the then Vice President.

Vasyl Lomachenko Net Worth: The Boxer Wants a Rematch with Teofimo...