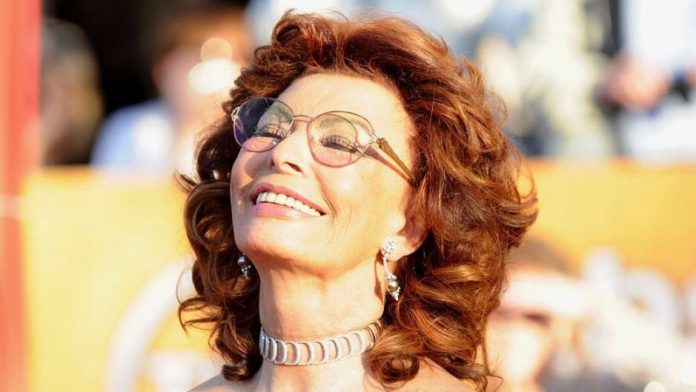 Sophia Villani Scicolone, also known as Sophia Loren is an Italian actress and a star during Hollywood’s Golden Age. She was also named as the 21st greatest female star of Hollywood cinema by the American Film Institute. She is the only living actress who is highest ranked on the list.

Sophia Loren net worth is around $90 Million

As of the year 2020, Sophia Loren has a massive net worth of close to $90 Million. She made her money from her two careers of being an outstanding actress and an exceptional singer. She was also part of a beauty pageant at the young age of 14.

Sophia Loren as Madame Rosa in the latest Netflix Drama

‘The life ahead’ is the latest Netflix drama movie directed by Edoardo Ponti which is based on the novel ‘The Life Before Us’. Sophia plays the role of Madame Rosa, an elderly Holocaust survivor who gives shelter to a 10-year-old Boy who was abandoned by his parents.

Sophia Villani was born in Clinica Regina Margherita in Rome and Italy on the 20th September 1934. She was the daughter of a construction engineer, Riccardo Scicolone and Romilda Villani.

Sofia had a very rocky relationship with her father. Throughout his life, Sofia Villani met her father only thrice, the last being in 1976 at her father’s deathbed. She mentioned in an interview that she had forgiven her father but she will never forget how he had abandoned her mother.

Sofia has two half-brothers, Giuliano and Giuseppe. She grew up and lived with her grandmother in Pozzuoli in Naples.

Sophia’s participation as a Beauty pageant

At the young age of 14 Sophia Loren entered a beauty pageant, Miss Italia under the name Sofia Lazzaro in 1950. She was a representative from the Lazio region and was one of the three finalists.

In the year 2010, she was given the honor to crown the winner of the 71st edition of Miss Italia.

Sophia Loren’s career in a nutshell

Sofia Loren has had an extremely successful career. She won various awards like the most popular actress and also tops the list for the richest living artist of classic Hollywood.

She has also authored various books like Yesterday, Today, Tomorrow: My Life, Sophia Loren’s Recipes and Memories, In the Kitchen with Love, Doubleday, Library of Congress Catalog Card and In Cucina con Amore.

She has also done various movies like Between strangers, lives of the saints and nine including many more.

In September 1999, Sophia had also filed a lawsuit against over 79 adult websites that had posted photo shopped pictures of her nude on the internet.

Sophia Loren has done some exemplary work, hence earning plenty of love and awards during her life time. She is a receiver of Grammy Awards, BAFTA Awards, 5 special Golden Globe Awards, Best Actress Award at the Cannes festival, and the list goes on.

More on Sophia Loren and her family Life.

Sofia Loren has a primary residence in Geneva and also has homes in Naples and Rome. She is a staunch follower of Roman catechism and huge football fan.

She had an affair with her co-star from Houseboat, Cary Grant. However, the relationship ended on a bad note after which, Sofia Loren got married to Carlo Ponti.

The Loren family have four grandchildren. Sofia Loren lost her husband in 2007 to heart complications.

Marcia Fudge Net Worth as Biden nominates her as the Secretary...