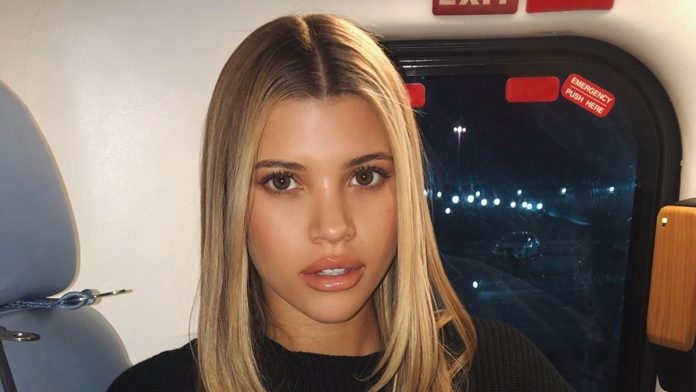 The 21-year-old model after splitting from Scott Disick,37,has yet to come to terms with their breakup

Scott Disick and Sofia Richie officially split. The pair were together for nearly three years before they decided to break up. Even though the couple has been “on and off” for years, they’re not getting together this time.

According to the source, Richie, 21, is “still processing the breakup” It hurts to see all the speculations about Scott and Kourtney, but she is so young and gets so much attention. She’ll be totally fine.

It’s over for Scott Disick and Sofia Richie

A source confirms that the stars have broken up, saying the relationship “ran its course” but that other issues, including Disick’s past traumas that led him to rehab, contributed to the split.

“Scott had gone back to his old ways,” the source said, “and Sofia got fed up.”

Disick, 37, and Richie, 21, had been quarantining separately, which also took a troll on their romance.

Kourtney didn’t make it easy for her and you can only tolerate that kind of treatment for so long.

The model and the apparel founder began dating in 2017. They split in 2018 after Disick had allegedly cheated on her, but they got back together.

The news of their uncoupling comes shortly after the former flames decided to “take some time apart” following the “Keep Up with the Kardashians” star’s brief stint in rehab.

On May 21, Us Weekly was the first to report the duo was “on a break”.

Sofia Richie was said to be hurt by rumors Scott Disick and Kourtney Kardashian will reunite.

Increasingly, Scott has been spending more time with ex Kourtney and their three children: Mason, 10; Penelope, seven; and five-year-old Reign.

Tongues have been wagging the famous exes could be on track for a reunion, which insiders claimed left Lionel Richie’s daughter feeling hurt.

Their flirty Instagram exchanges have been driving fans wild with hope they will reunite.

An insider told PEOPLE: ” It was a serious relationship,not some fling, and she was there for Scott through some tough times.“

Scott Disick’s family didn’t suspect his emotional issues were this bad after he checked himself into rehab to deal with his past trauma.

Scott fooled a lot of people into thinking that his life was on the straight and narrow.

The Daily Mail first reported Scott entered rehab for substance abuse, his lawyer, Marty Singer told TMZ it was actually to deal with the grief of losing his parents in 2013 and 2014.

A second source says Scott’s mind began to wander while spending time alone in quarantine, and he began reflecting on his family.

Sofia and Scott split shortly after he wrapped up his brief rehab stay in late April at a Colorado facility.

He is working on his issues. Sofia is hanging out with friends. A source explained,It was her choice to take a break.

Altered Carbon is the latest show to feature on the list...