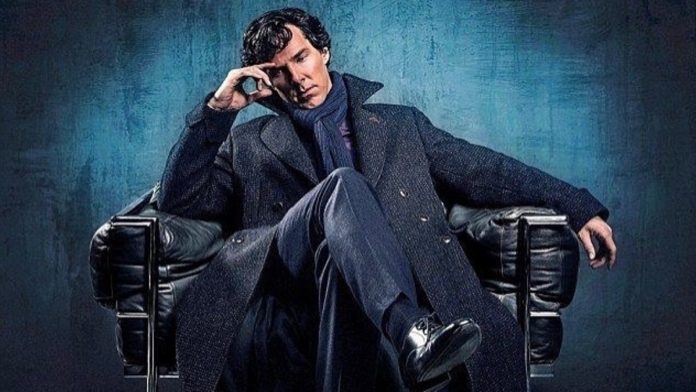 Sherlock Holmes, the BBC adapted drama inspired by the works of Sir Arthur Conan Doyle might be renewed for another season. Although the show is four seasons old, there are only three episodes in each season with each episode having a duration of the feature-length film.

Fans of Benedict Cumberbatch, who plays the titular role of Sherlock Holmes in the show have something to look forward to as creators, Mark Gatiss and Steven Moffat has teased about more episodes.

Here is everything we know about season five of the popular detective-crime series.

When will Sherlock season 5 be released?

Ordinarily, TV shows are renewed a couple of months after its previous season or they might be an announcement of a sequel even while the show is airing. In the case of ‘Sherlock’, the last episode was aired in 2017 and we have had no updates since regarding its renewal.

However, fans still have hope as the TV Network BBC in a statement explained that the renewal of the detective drama is entirely up to Mark Gatiss and Steven Moffat.

When asked about season five, Moffat said “I haven’t really thought about it. Mark [Gatiss, co-showrunner]’s been doing other stuff as well, so we haven’t sat down and had a proper talk about what we would do with another series.”

As per reports, the duo was involved in the production of another BBC drama called ‘Dracula’. The report also claims that they have not dismissed the possibility of another season of sherlock and are willing to work on the coveted project once they have time. In addition, the show enjoys immense popularity with fans numbering in millions who will immediately welcome the new season when released.

Plot details: What to expect in season five of ‘Sherlock’.

The new series will probably pick up where we left off as season four introduces ‘Eurus Holmes’, the latest addition to the Holmes family who also might be the craziest of them all.

We see her as an expert manipulator who gets a fix every time she taunts the Holmes brothers; a very haunting reminder of what she is capable of is when we finally understand the story behind ‘Redbeard’. Both Sherlock and Watson remain friends by the end of the series while Eurus is safely secured in her confinement unit.

Season five is expected to shed some more light on Eurus’s character and motivations. Regardless, one of the highlights of the series is the witty back and forth Sherlock and Mycroft share with each other so we can expect the same happening with Eurus as well.

In addition, the creators have also hinted at a story called the Red-headed League from the works of Sir Arthur Conan, which involves Professor Moriarty attempting to steal from a bank. Considering he is already dead, it would be interesting to see where this storyline leads.

Stay tuned for more updates on upcoming series on Sherlock.