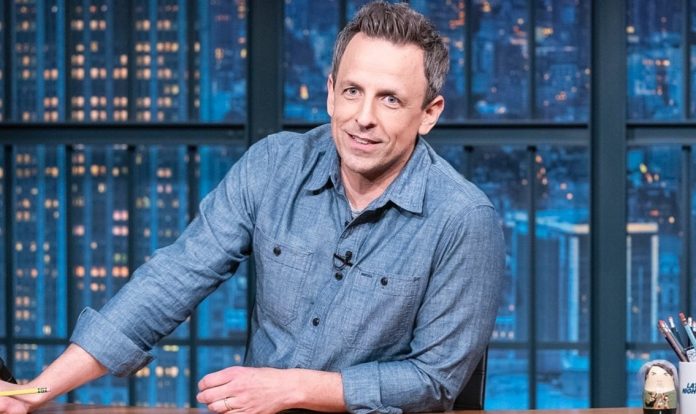 Our OG weekend escape, the Saturday night live show’s host has some fright under his everlasting handsome smile. If Seth Meyer’s comedy and on-spot punch lines haven’t blown you yet, his net worth will surely do. To give a swift intro, he is a writer, comedian and actor.

Seth Meyers has a massive net worth of $12 million, yes you read that right!

Why Seth Mayer’s thinks we are losing our Democracy

Hopping on the 2020 US elections, the Richie rich, Seth Meyers have something to say about the Republicans and it sounds pessimistic. According to sources, Late-night hosts lambasted the president’s latest baleful submission that he may refuse a peaceful transfer of power while also looking at how the Republicans are trying to take apart the process. Sounding a little harsh and a lot disappointed he apprise the Americans “as close as we’ve ever been to losing our democracy”. He also alarmed indirectly the Biden-harris army to step up. “Why aren’t more elected Democrats acting like this is the emergency it is?” he said. “They’re about as effective as the receptionist on Law and Order who says ‘Hey you can’t go in there’ as they’re going in there.”

The Belford, New-Hampshire raised celebrity was born on December 28, 1973, in Evanston, Illinois. Seth is a Northwestern University’s student where he was an active member of the school’s improv group Mee-Ow. Even after college, he pursued and worked towards developing his improv skills at ImprovOlympic in Chicago, which is now paying off.

We know humour runs in the family as Seth’s brother, Josh Meyers also joined him in the league of the same genre. Soon enough, the Meyers were ruling the comedy industry.

From where his professional career started

It was in 2001 when Seth Meyers officially came under the umbrella of SNL. Impressed by his performance, in the matter of just four consecutive years he was named ’Writing supervisor’ for the show. Career took a jump and in 2006 he became the head writer.

After entertaining for 13 years on SNL, he took over the ‘Late Night’ from the infamous Jimmy Fallon and made it exceptionally his.

Apart from his SNL and Late Night’s journey he also during the 2008 election, wrote Tina Fey’s Sarah Palin impression. As well as He also hosted the Weekend Update segment with Amy Poehler.

Who is Seth Meyrs Married to?

Seth Meyers wedded lawyer Alexi Ashe back in 2013 after a settled professional life. Seth and Ashe have two children, Ashe and Axel. They live in a $7.5 million Greenwich Village duplex and have a Georgian style nation home in Connecticut. Well, in some form they need to flex all the dollar bills.

Though looking at the hard work and an uncompromising voyage one can proudly say that he has it coming to a two-digit million dollar cheque.

Alejandro Mayorkas Net Worth- The Cuban American is Biden’s Pick For...

Will Pau Gasol’s return to the Los Angeles Lakers affect his...