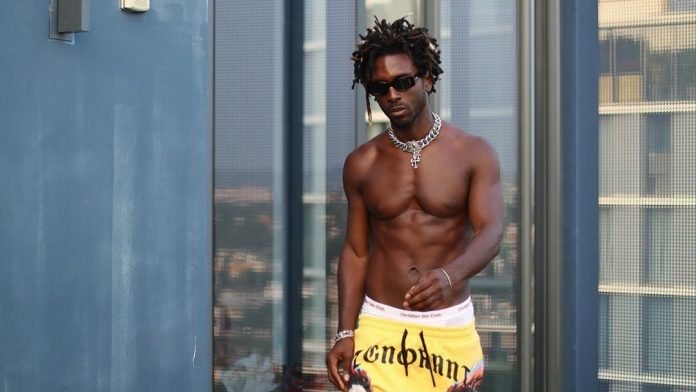 On 28th October Saint JHN announced the release date of his new album, ‘While the world was burning’. The album is set to release on November 20th, 2020. He also hinted that collection two would be dropping in 2021.

Carlos St. John Philips who is more commercially knows as Saint JHN was born in Brooklyn.

He first rose to fame with the release of his hit single, ‘roses’ in 2016, however, Saint Jhn was put on the global map after the Kazakh DJ Imanbek made a remix of the single and it blew up on TikTok and reached the top 5 on the Billboard Hot 100 charts. Roses went on to have various remixes with artists like Future and J Balvin.

He was also hired as a model for Gucci when he went on his first tour for his first album, “Collection 1” that was released in 2018

While The World Was Burning. My 3rd Collection. November 20th 🤘🏾

This was the album that gave Saint JHN the recognition he deserved. The album was released on august 23rd 2019 and had hit songs like ‘94 Bentley’, ‘anything can happen‘ and ‘Monica Lewinsky‘

With roses blowing up all over the world and with the release of merchandise, Ghetto Lenny is set to give yet another star-studded album who has featured on various tracks on the album. The features include the greats like Kanye West, Lil Uzi Vert, Kehlani, J.I.D, DaBaby, A Boogie wit da Hoodie, 6lack, and Future Hendrix.

Saint JHN also thanked all the collaborators by saying “Thank you to all the people that contributed their art,”.

However, he did not refrain from taking time out to pass out an extra note of gratitude to all the artists who said no.

King Von Net Worth: How Much was this Rapper Worth?

‘The Next Big Thing’ Winner MC Pretty Yellow On Being Mentored...

“I definitely felt out of place” Saweetie Speaks About Growing Up...