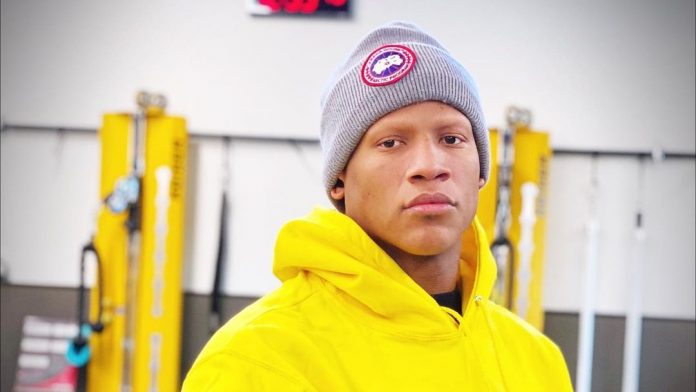 Ryan Shazier is an American football linebacker and was drafted in the first round of the 2014 NFL draft by the Pittsburgh Steelers. He played for Ohio State University. He had an extremely successful career and even made an appearance in the 2016 Pro Bowl.

However, in the year 2017, he had a head-first collision that left him paralyzed in his legs and he had to go through a spinal stabilization surgery to learn how to walk again. He still was physically under par and wasn’t able to play football as well as he used to before his injury.

He also suffers from Alopecia which an autoimmune condition that does not allow the growth of hair and he went through a tremendous amount of bulking while growing up due to his condition.

According to sources, Ryan Shazier has an estimated net worth of approximately $4 Million for the year 2020.

Retired due to Injury

Ryan Shazier announced his retirement from professional football as his injury has left him not up to physical standards to put himself out there on the field. He can still play but not just professionally as the injury he had three years ago prevents him from doing so. Ryan Shazier said in an interview,

“He tried to run away from me and I actually tackled him as if I was playing a football game, I think I tackled him a little too hard, but it was kind of funny. I thought it was a kind of achievement that I actually was able to tackle my son, even though he’s not an NFL running back. I thought it was kind of cool just to be able to chase your son and be able to play with him.”

Ryan Shazier said that he wanted to spend his time with the Shaelieve Fight Foundation to help people with spinal cord injuries, “I just want to continue to help out others, And we are revamping some things around to be able to help people out a lot more than we have before, and I am really excited about what the future holds for that.“

When asked to give a statement of if he was angry about how he had to exit he said,

“At the end of the day, I feel in love with this game, Some people fall in love with people, you get mad at them, but you know, you always make up – and that’s how I feel about the game of football.”

Ryan Shazier was born on the 6th of September in the year 1992 in Lauderdale Lakes, Florida.

Hank Aaron Net Worth; the MLB legend dies at 86 after...

Claudia Conway Net Worth; the TikToker Shares a Abusive Video of...