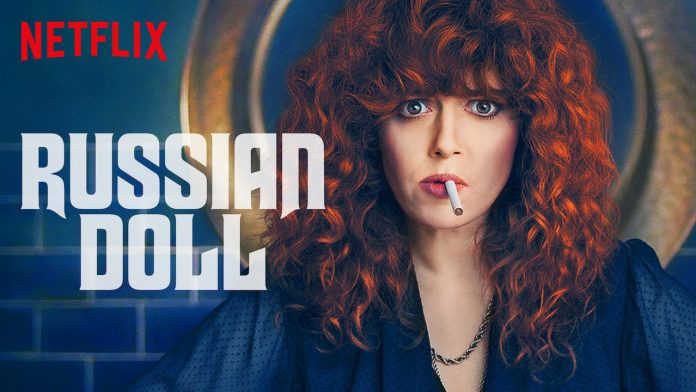 We have always enjoyed the element of time-loop. Be it in a movie or a TV show, the idea of being stuck in a time-loop has terrified and fascinated us at the same time. Over the years, we have had several movies and show based on the concept of time-loop. These include the likes of Groundhog Day, Edge Of Tomorrow, Day Break, Looped, and many more. Another addition to that list is Russian Doll.

Created by Natasha Lyonne, Leslye Headland, and Amy Poehler, Russian Doll debuted on Netflix in February 2019. The American comedy-drama series tells the story of a young woman living in New York City. While on her way to a party as the guest of honour, this woman mysteriously gets trapped in a time loop. Russian Doll follows the journey of this woman as this woman dies each night to wake up the next day unharmed.

With an IMDb rating of 7.9/10 and the Tomatometer at 97%, Russian Doll is going strong at Netflix. And after the first season in 2019, the fans are desperately asking for Russian Doll Season 2

Therefore, let’s take a look at the release date, cast, and plot of Russian Doll Season 2

Release Date: When Is Russian Doll Season 2 Out?

Just months after the Season 1 premiere of Russian Doll Season 1, Netflix immediately renewed the show for Season 2 in June 2019. Since its release, Russian Doll has kept a steady rating followed by a decent viewership. As a result, Netflix was quick to renew it for a second consecutive season. However, there is NO information available regarding the release date of Russian Doll Season 2. Seeing that Netflix tends to operate in yearly cycles, we can expect the second season 2 to release by fall 2021.

What Will Be The Plot For Russian Doll Season 2?

Russian Doll is one of those classic time loop dramas wherein the protagonist is trying her level best to get out of the situation. Nadia, an engineer in New York City, is invited as the guest of honour to a party one evening. However, she gets stuck in a mysterious time loop while on her way to the party. Nadia dies every night and wakes up the next morning, unharmed. Cast: Who Will Return For Russian Doll Season 2? ‘AWAY’ Season 2: When Is It Releasing? Check Out The Renewal...

“Children Are Hideous Little Creatures”, and other top 5 Hellish quotes...