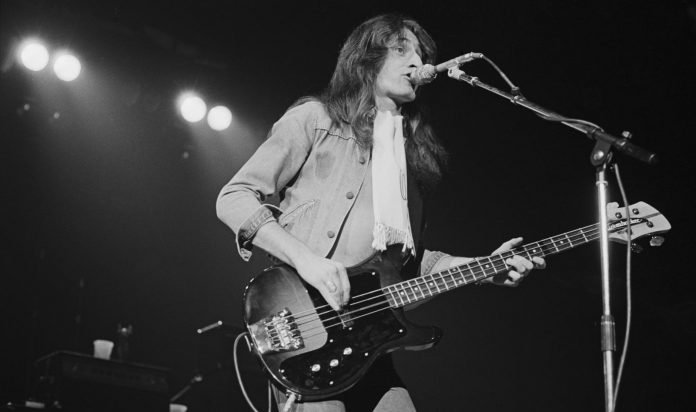 This year is on the top on the list of the worst year ever and we totally agree. With all the bad news coming in our direction every month, hell, every week, we really don’t want anything new to surprise or shock us. Especially our favorite celebrity dying. And it simply didn’t help when Rush’s 67-year-old Geddy Lee started trending on Twitter.

Don’t freak out. We are here to clear the tense air. He is not dead! Phew. I mean seriously our hearts can’t take any more loss. We lost out-breath but our Bassist found it hilarious and assured the fans that he is indeed not dead. And we can officially say Twitter really is a bizarre place.

So exactly why Geddy Lee was trending on Twitter?

He was trending on Twitter but not for shocking news. Geddy Lee was getting lots of buzz on twitter as a cut-out of his was once again spotted behind home plate at Toronto Blue Jays games, sportswriter Allan Mitchell observed so.

But that’s not it. Rush, his band’s account found this incident very funny and decided to have some fun with it. And so they did by retweeting a fan’s assertion that Lee is the “greatest bassist of all time.” And really, what’s there not to agree?

Still, fans were freaking out as Robert Plant and Stevie Nicks were also trending on Tuesday and didn’t stop themselves from expressing the shock.

One twitted, “It’s 2020, and Robert Plant, Stevie Nicks, and Geddy Lee have all been trending today just randomly. That should be ILLEGAL. My heart can’t take that, protect these souls at all costs.”

where on the other hand some fans also got a little angry and suggested twitter to change its style to announce and we literally feel their pain when one of them said,” Dear Twitter: Might I suggest adding “Not Dead but Trending” in your “What’s Happening” section. Seriously, Geddy Lee, Robert Plant and Stevie Nicks all in one day…” and shared that with famous meme gif,

Geddy Lee also calmed his fans with a witty tweet saying,” “Even I gulped when I saw I was trending. But I asked my dogs, and apparently I’m a bit boring but otherwise fine.”

Someone else took issue with how Twitter categorized Lee’s trending news. “I hate Twitter,” they wrote. “Don’t tell me Geddy Lee is trending. That shit scares me. And when he is trending, don’t put him under ‘Pop.'”

And we are pretty sure Twitter itself felt bad about freaking out the Rush’s fans this much. All’s well that ends well is the only mojo to live by now. And we can say this end was very assuring as this death news turned into a cut-out.

James Longman: Net Worth of the ABC Correspondent as He Gets...

LeVar Burton Net Worth: Star Trek idol allegedly will be the...