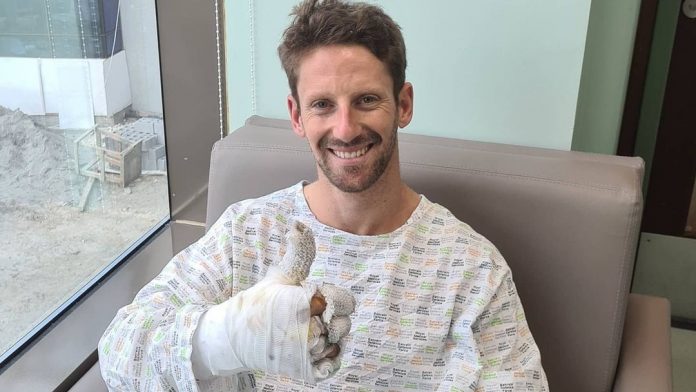 Speed. Adrenaline. Glamour. These are the first things that come to the minds of people when they think about Formula 1 racing. After all, it is the most viewed motorsport tournament in the world. But what most people don’t consider is the risk factor involved in racing at speeds of over 250 km/hr.

Like any sport, Formula 1 racing has also evolved. With more and more safety features being added to the F1 cars every season, instances of life treating accidents always come as a shocker. In fact, back in the day, most crashes resulted in fatal injuries.

Yesterday at the Bahrain Grand Prix, Haas driver Romain Grosjean was involved in one of the most spine chilling crashes in recent F1 history. Everyone’s heart stopped for a brief moment as Grosjean’s car split into two and immediately caught fire. The safety personnel were quick to respond and evacuated him out of his car and rushed him to the hospital.

Romain Grosjean Net Worth is around $20 Million

Grosjean first made his debut in 2009 Formula 1 Season for Renault joined the team alongside the champion of that time Fernando Alonso. Following a disappointing sabbatical, he took a break from F1 racing, but was called back by Lotus in 2012. He raced with them for 4 years before joining the newcomers Haas in 2016.

According to a number of sources, Grosjean gets a $2.5 Million annual salary from Haas. On top of that, the 34-year-old French driver makes another $1 Million to $1.5 Million from endorsements. As of 2020, Romain Grosjean has a net worth of approximately $20 Million.

A miraculous escape from the fireball

Romain Grosjean’s crash was nothing short of a miracle. He was driving at a speed of 200km/hr during the opening lap when he crashed into the track barrier exiting Turn 3 as one of his back wheels clipped the front of Alpha Tauri driver Daniil Kvyat’s car.

The crash split the Haas VF-20 car into two giant metal chunks. The car caught fire instantaneously because the fuel leaked out but Grosjean escaped in time due to the efforts of the safety personal and the ‘Halo’.

The crash and fire resulted in minor burns on the Frenchman’s hands. He didn’t seem to have a single broken bone as he seemed to walk comfortably to the ambulance. The same was later confirmed by his x-rays.

A major credit for Grosjean’s near death escape is owed to the Halo. First introduced in 2018, Halo is a ring of titanium that sits above the car’s cockpit to protect the driver’s head from flying debris. Grosjean himself was critical of the addition of Halo to the cars, but after his crash he too appreciates it. In a video from the hospital, Grosjean said,

“I wasn’t for the halo some years ago, but I think it’s the greatest thing that we’ve brought to Formula 1, and without it, I wouldn’t be able to speak with you today.”

Romain is still at the hospital and will be missing out on the Sakhir Grand Prix. He will be replaced by Haas reserve driver Pietro Fittipaldi.

TY Jordan Net Worth: The Utah Utes ‘Running Back’ Dies...

Billy McFarland Net Worth and He Speaks on the Fyre Festival...