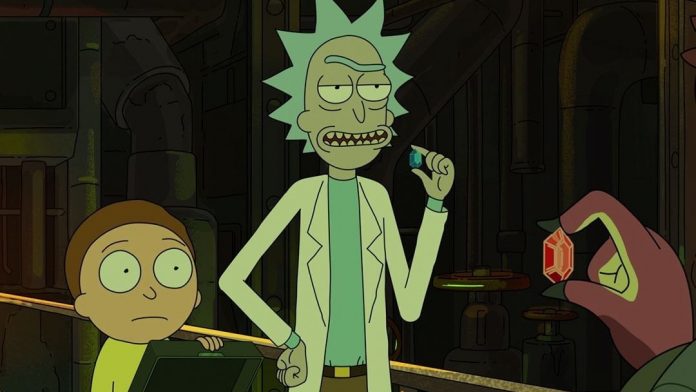 The whacky inter-dimensional adventure duo of the drunk mad scientist and his emotionally unstable grandson will drop on Hulu this Sunday.

The fourth season of Rick and Morty was highly anticipated by both hardcore fans and casual viewers. After all, the fourth season premiered after a gap of two years in November of last year.

What to look out for in Rick and Morty Season 4?

When the first part of the fourth season of Rick and Morty premiered back in December it left viewers awestruck. Mostly because of its mind-bending storylines which were beautifully complimented by some killer animation.

This season’s episodes had some of the most refined yet mind-boggling storylines including Episode 8 ‘Vat of Acid’ which also bagged an Emmy for Outstanding Animated Program this year. The episode saw Rick destroying Morty’s concepts and notions about life so that Morty finally accepts the brilliance of Rick’s latest trick, the Vat of Acid.

All the episodes were so fulling in more ways than one. Even the titles of the episodes of season four were goofy takes on popular movie titles like ‘Edge of Tomorty: Rick Die Rickpeat’ (inspired from Edge Of Tomorrow), ‘Star Mort Rickturn of the Jerri’ (a homage to Star Wars : Return of the Jedi) and many more.

It clearly shows the love and hard work the creators at Adult Swim Network put in to make the genre breaking show what it is.

But wait! There’s more in store for the viewers

With the fourth season set to stream on both Hulu and the uncensored episodes on HBO Max, fans were only delighted when they found out that they might not have to wait very long for the fifth season.

“We’re more on schedule than we’ve ever been.”

The creators, Dan Harmon and Justin Roiland, like the rest of the world were locked away in their homes due to the COVID 19 pandemic. But they seem to have made good use of this time and in fact the COVID situation has helped the writers and producers focus better on their tasks.

This is what Harmon said in an interview :

“We’re more on schedule than we’ve ever been. It kind of makes you have to focus on the whole process when you don’t have this office environment anymore. Everyone has to run this bee colony remotely, so the honey just gets made more consistently. It’s working for us.”

This news was like a cherry on cake for fans who were anxiously waiting for the fourth season of the sci-fi comedy show.

Tekashi 6ix9ine’s net worth and his most anticipated documentary

‘Rick and Morty’ Season 5 Might Drop Sooner Than Expected- According...