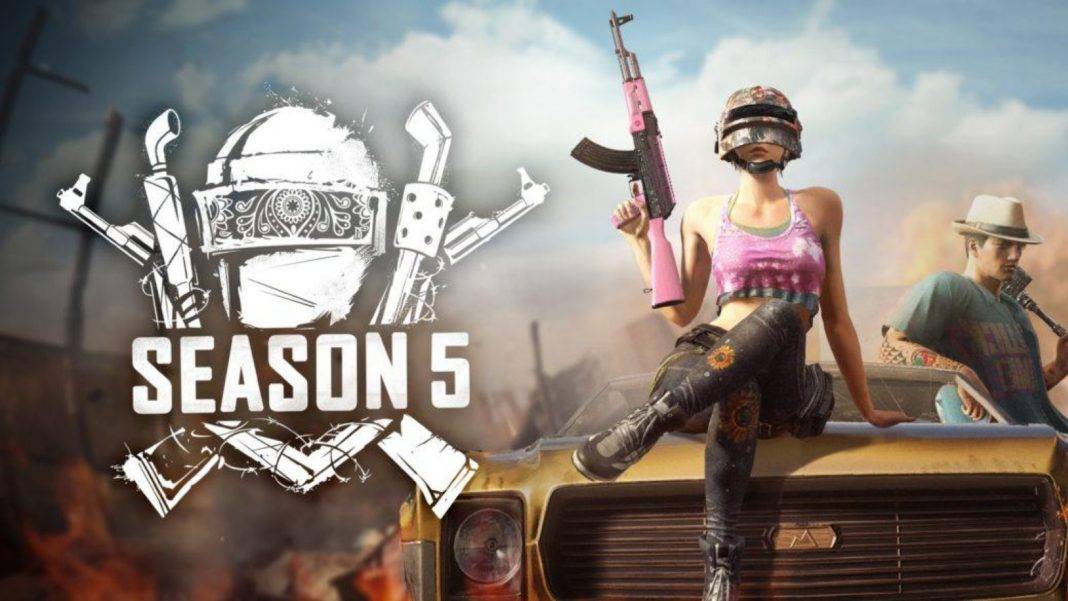 PUBG Season 5 PlayerUnknown’s Battlefield, is soon to get underway, and the PUBG Corporation has teased the fans with some new interesting details.

They tried to introduce more fun features in this version, like one where now you can use spike traps, which you can place in the path of an enemy car to pop the tires. You will also be able to use some of the moves using which you can throw items to your teammate. This will particularly be helpful when you need to share ammo with your teammate or tackle the enemy by attacking from either side.

You’ll also have the option to throw melee weapons on your opponent. What’s truly the most exciting thing about that is the prospect of picking up a kill via a thrown frying pan (much like Rapunzel). Although it has a much shorter range as compared to other objects that you can throw, it causes more damage than even the machete, crowbar or sickle.

The PUBG Esports took to twitter announcing the new merchandise that’s available with the frying pans on them to hype up the real gamers. Copying Fortnite on this new feature, the new PUBG season also has vending machines that dispense painkillers and energy drinks and will be available in Miramar and Camp Jackal.

The Miramar in PUBG, if you don’t know, is the 2nd playable map for BATTLEGROUNDS. It is a city-centric map with rural areas, desserts, and open grounds. According to the announcements, even this Miramar Map is getting an update for Season 5. It will now feature race tracks with loops, ramps, and jumps, along with a new car, the Gold Mirado.

There’s a new survivor pass, of course, along with community missions everyone can take part in, which though curiously involve collecting DVDs and broken discs from cardboard boxes to unlock skin rewards along with more details about the game’s frenzy. There have been some bug fixes, and the Win94 received a built-in scoop.

The sound of footsteps. The engine roaring. The spraying of guns. The squeal of tires.The horns sounding the charge. Beep Beep Survivors, Season 5 is Coming’ PUBG sure knows how to get its players pumped up and excited for its newest Season.

Executive Producer TS Jang talks Season 5! Miramar gets a rebalance, a new throwing system lets you toss loot to friends and weapons at enemies, and the Win94 gets a built-in scope! Season 5 is a whole new way to play! See everything new in Patch Notes https://t.co/m4nPyMgKDX pic.twitter.com/f16QmGGkR2

Hank Aaron Net Worth; the MLB legend dies at 86 after...