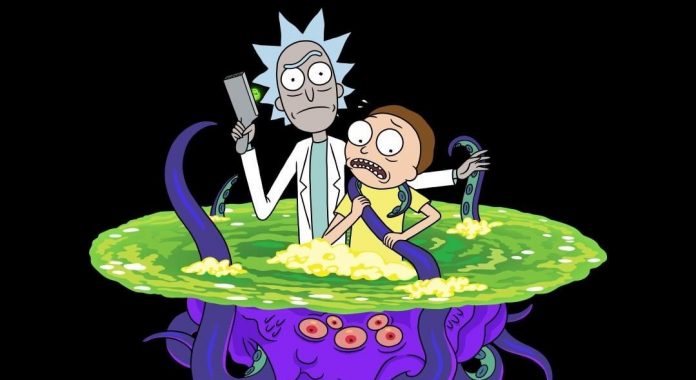 Rick and Morty is an American adult animated science fiction sitcom, Rick and Morty was created and produced by Dan Harmon and Justin Roiland for Adult Swim. The series roams around the adventures and mishaps of a mad alcoholic scientist named Rick Sanchez along with his troublesome but kind-hearted grandson, Morty Smith. The duo balances their time between interdimensional escapes and home life.

The series originated from Back to the Future which was created by Justin Roiland for a short-film festival called Channel 101 and so it was an animated short film. Channel 101 was also co-founded by Dan Harmon.

The show also includes other members of the Smith family which include Jerry and Beth (parents), Summer and Morty (children) and Rick Sanchez (Beth’s father). They live outside of Seattle, Washington. Morty is 14-years old and Summer is 17-year-old. The grandfather-grandson pair travel through time and space solving and sometimes causing problems on their way.

The series comes under the genres of animated sitcom and science fiction. The show includes the voices of Justin Roiland, Chris Parnell, Spencer Grammer, and Sarah Chalke. It is composed by Ryan Elder. Being made in the United States of America, the series has 36 episodes as of now.

The series was first released on 2 December 2013. The distributor is Warner Bros. Television Distribution.

The series is on its fourth season but after the end of season 3, it was renewed for 70 more episodes which means the series is here to stay.

The series has been acclaimed by critics for its originality, creativity, and humor.

The series has been picked up for an additional seventy episodes over an unspecified number of seasons, beginning with season 4. The fourth season premiered on November 10, 2019, consists of ten episodes.

Release of Rick and Morty Season 4

After Season 3, the viewers had to wait a long time for any news but the wait was worth it because it was announced in 2018 that the show is renewed for 70 more episodes no matter how many seasons these episodes span over.

Season 4 consists of 10 episodes in total. The first 5 episodes were released in November 2019 and ran till December 2019.

After that, the audience had to wait again for the remaining season 4 and didn’t even have a date in their hands to be sure about when the rest of the episodes will be released.

But now, to quiet everyone’s curiosity, the announcement about the release of the next 5 episodes of Season 4 of Rick and Morty has been made!

The premiere date for the release of the second half of the fourth season of the animated series is out there.

The latter half of the fourth season of the series will be released on May 3, 2020, and each new episode will arrive once a week as usual.

The announcement has not come alone, the trailer of the other half of season 4 has also been released and you can find it on Adult Swim’s YouTube channel.

The second half will bring loads of fun, alien octopuses, Rick and Morty in superhero suits fighting with weird alien creatures through swords and spaceships. And, a lot more entertainment!

Season 5 and more seasons to come

Season 5 will be there because of the 70-episode renewal of the series by Adult Swim. As for how any more seasons there can be, Justin Roiland had some thoughts –

“It’s way too early to say. On any given day you’ll feel like this thing can go for 20, 30 seasons. We have characters that don’t age, it’s very Simpsons-esque. There’s so much we can do to keep riding this train”.

That’s the spirit we want to see. Is Rick and Morty the new Simpsons? Will Adult Swim allow the series to continue for 20-30 seasons which will require much more than just 70 episodes. Well, if all this holds true, it is a good day for Rick and Morty fans.

“In ways both refreshing and disappointing, it is indeed a throwback to a simpler Rick and Morty, with lower emotional stakes, some of the show’s signature inventiveness, and more straightforward sci-fi” – The Daily Beast by Melissa Leon.

“Edge of Tomorty” feel[s] like a way of, like Morty, the show asserting that it has its own say in where it gets to go and how long it takes to get there” – IndieWire by Steve Greene.

The critics have appreciated the series and so has the viewers.

We might not have the last 5 episodes yet but what we do have is their names:

We’re very excited because in less than two weeks, we will have some more quality entertainment to utilize quarantine time happily.