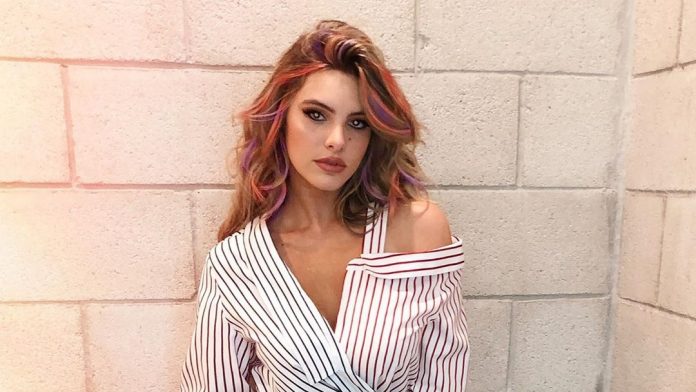 Years ago, Lele admittedly wouldn’t have been willing to share her mental health struggles with neither her fans, or even her closest friends.

‘I kept it a secret for so long because I was really embarrassed,” she explained on Just The Sip. She didn’t want people to see her differently.

She had really bad experiences in the past, like when she was little with OCD, and people judging her.

“I have been doing that for a long time, sometimes my fans don’t even notice when I’m gone,” Lele Pons said.

After opening up to her friends, Lele said she did the same with other people who have OCD. While grateful to hear about her experiences, some urged the importance of Lele using her platform to start a conversation.

In honour of the release of the fifth and final episode of the world-famous influencer and singer’s YouTube series The Secret Life of Lele Pons, which documented her experience with OCD, Tourette syndrome, and additional personal struggles.

E!’s Justin Sylvester dedicated this week’s Just The Sip podcast to a lengthy conversation he and Lele had a few weeks ago.

Pons says she has gone through “heavy therapy” and that she’s now ready to go public. She has made the docuseries in the hopes that her story can be one of hope to people looking for it and help those who have the same conditions as her.

She is affiliated with production and management firm Short Studios; about two years ago she reached out to co-founders John Shahidi and Sam Shahidi about moving forward on the project.

The Pons show is part of YouTube’s slate of originals,which the Google-owned video platform has reshuffled to focus on connecting and entertaining audiences during the COVID-19 pandemic,said Susanne Daniels , YouTube’s global head of original content.

Born in Venezuela, the 23-year-old Pons, fluent in English, Spanish, and Italian, first rose to fame in short-form Vine comedy sketches. Today, she counts more than 16 million subscribers for her YouTube channel and has over 40 million followers on Instagram.

“The Secret Life of Lele Pons” is directed by Alicia Zubikowski, an Emmy- winning producer and director whose credits include Showtime’s “ All Access” series and HBO’s “ Hard Knocks” and “24/7” series. In association with Shot Studios, she produced “Vai Anitta,” the 2018 Netflix docuseries on Brazilian entertainer Anitta.

Shots Studios’ John Shahidi said working with Pons on the YouTube series has been an eye-opening experience.

Also, Pons last year inked a deal with Spotify  for a reality podcast covering pop culture, social issues and her personal stories.Thankfully, much of what fans and even other YouTubers had to say was positive.

Tana Mongeau talks about her marriage on reality TV series with...