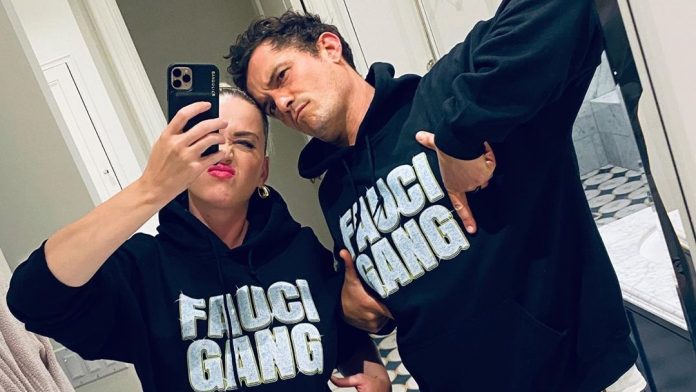 Every Katy Perry fan balled her eyes out when the news about her and Russell Brand’s divorce came out. Katy has had her fair share of relationships in the past and now has happily decided to marry Orlando Bloom.

One of her first celebrity hookups was with the Gym Class Heroes’ lead singer, Travie McCoy and she even starred in the video of their single ‘Cupid’s Chokehold’. Their relationship dated between 2007 and 2009 and it is also rumored that ‘Circle The Drain’ is about their relationship.

Their relationship ended when Katie broke up with him via an email. However, later it was revealed that it was due to his drug abuse.

“I chose drugs over our relationship. As things started taking off for her, the more I started to doubt my role in her life. There were times I felt like a stepping ladder.“

Russell Brand and Katy Perry began dating in 2009 after Katy filmed a cameo for his movie Get Him To The Greek in 2008, and after a year, they had matching tattoos and engagement rings on their fingers with an extravagant ceremony in India, riding elephants, in true Hollywood style.

However, their relationship ended after 14 months when Russell filed for a divorce, with Katy’s raw heartbreak being documented in her film, Katy Perry: Part Of Me.

Their on again off again relationship took place between 2012 and 2014 and collaborated on the song ‘Who You Love’ for John’s Paradise Valley album.

Their relationship had its ups and downs and he didn’t seem to keen on her leaving him for someone else, “I know that you probably found yourself someone somewhere. But I do not care.“

Her next love relationship was with the DJ and producer, Diplo. They were seen hanging out together at Coachella and enjoying at the Amazing Spider-Man 2 premiere party.

Diplo hit back, tweeting he ‘won bronze in the sex Olympics‘, and then he ‘didn’t remember even having sex‘ with the ‘Dark Horse‘ singer.

Katy is head over heels for new fiancé Orlando Bloom and is even expecting their first child together. They first met in 2016 and were caught flirting at the Golden Globes, and kept running into each other till the final set the camp in February 2019.

The pop star announced she’s pregnant with their first baby in the music video for ‘Never Worn White‘.

Kyle Richards Net Worth and why was she too sick to...

Amy Coney Barrett Net Worth and What is Her Salary in...

Natalie Desselle-Reid Net Worth: Celebrities Mourn The Death Of The B*A*P*S...