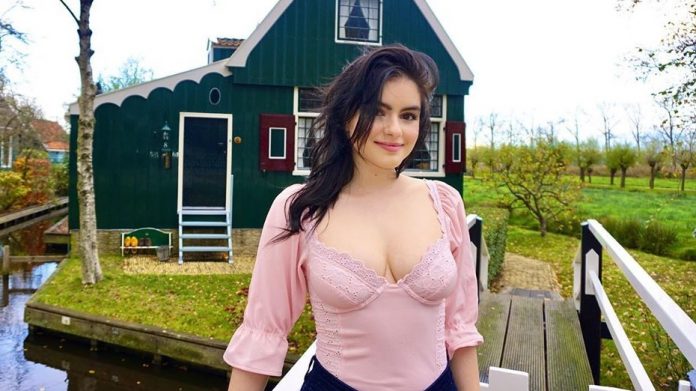 This American actress glow up made us go ’WHAT?’. Ariel Winter is seen in an Emmy award-winning comedy series ’Modern Family’ playing Alex Dunphy. Like any other model or actress, she too has gone through the bad trip of body shaming since her young days but currently, her transformation made every critic shut up.

This 22-year-old had been taking antidepressants for a long time, which were the sole reason for her chubby cheeks and a little extra pounds, and no matter how hard she tried, she wasn’t able to lose them.

Body image issues were a lot to take along with her already unsteady mental health. But life took a highway when she changed her antidepressant routine leading a startling drop in her weight (sounds like every other girl’s dream come true). This happened around the end of the last year and since then her transformation is jaw-dropping.

She disclosed her little secret while a quick Q&A session on Instagram Stories when one of them asked ’why so thin?’ rather a blunt question and ever since her alibi is all over the news.

She revealed that her new confidential medication

“instantly made me drop all of the weight I couldn’t lose before by just giving me back a metabolism.”

For over a decade she had accepted her body weight and gave dominance on her mental well being and this had been reported sincerely by the reporters.

But she mustered all her guts and gave a try to new medications and to her revelation it was an end to her one major life problem. “I want my butt back.” Was perhaps the only setback.

It was a hard run for Winter but her metabolism took a high jump just as her career. Her further plan is to get her desired summer body and build up those abs. Her fans are much awed by her Instagram heartwarming yet seductive photos, giving them a nice time in these days of quarantine.

With the hourglass figure and the net worth of $12 million, this queen has a lot to conquer.

NBC’s Ken Dilanian Net Worth and His Slip Up On National...