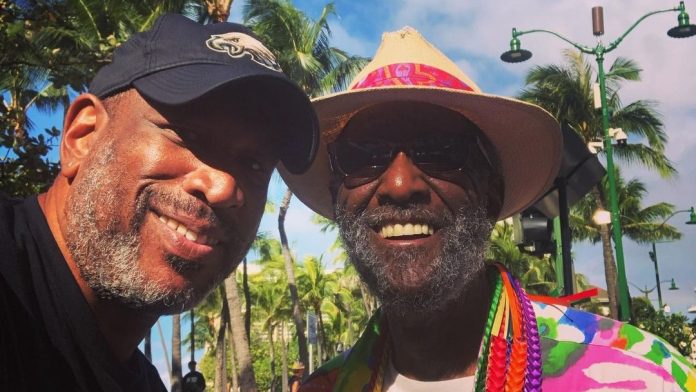 The world is surely a nasty place. While some people can build an empire in a day, some see their empires collapse in a whim. The world cheers for a story of rags to riches, but disappears when the same person falls.

While the same fall due to sheer bad luck, some fall because of their own stupidity, but sometimes it’s because the entire system itself is rigged.

Wally Amos’s story is one such story of the system creating circumstances that lead to his downfall. Amos founded the “Famous Amos” cookie empire which he started in 1975 with a single store in New York.

From that single store, Wally Amos turned Famous Amos cookies into a household name. But later in life, due to financial troubles, Wally had to sell his cookie company. But since the name was copyrighted by the original company Wally can no longer use the name “Famous Amos”.

There was a time when Wally Amos made hundreds of thousands of dollars with his Famous Amos cookies. But ever since he sold his company and lost the right to use his own name his earnings have seen a downfall.

Amos had a pretty disturbing childhood growing up. He was a single child with no siblings and grew up in a poor and loveless home. According to his son Shawn, Willy Amos’s mother used to beat him with an electrical rod because she was always angered with their poverty and his father’s infidelity. His son described him as,

Amos started out with a clerical job at the talent management company William Morris Agency. Later he became a full-time talent agent who looked over the ‘rock n roll’ department of the agency. During his time there, Wally Amos managed clients like Diana Ross and the Supremes, Sam Cooke, and Marvin Gaye. What attracted the clients to Amos was his invitation style of sending cookies with the invitations.

When Amos opened the first store of Famous Amos in 1975 in Los Angeles, his cookies were an instant hit. At the store’s opening over 2,500 people showed up. That store made $300,000 in its first year and opened doors for franchises.

The cookie giant that Famous Amos is today did wonders for its founder Willy Amos as well. He was riding high on success. Willy himself once said,

“I was proof that a black high school dropout from a broken home in Harlem could make it in this country.”

During the 80s, the company burnt through a lot of money, and owners, Amos himself was reduced to just “a name on the board”. The company was later bought entirely by a foreign banking conglomerate.

Wally later tried to start another company trying to bank it on his own established name but a federal court judge told him that he’d sold away from the rights to use his name.

Wally Amos once said, “In financial terms, all I’ve done since is amass debt and miss payments.”

Ali Larter Net Worth: Is She really Responsible for the Exit...

Gwen Stefani Net Worth and Earnings from Music in 2021

Cori Bush: Net Worth of the First African-American Woman who served...