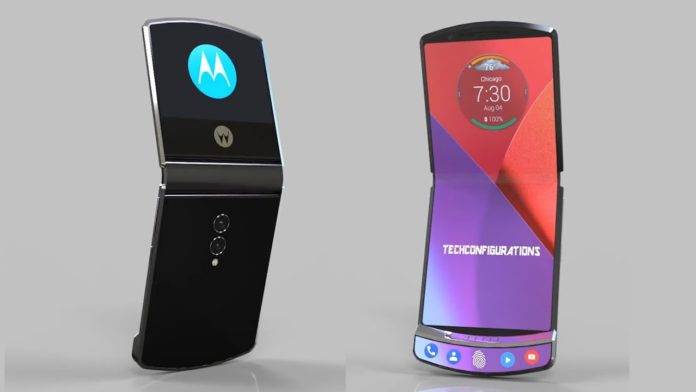 Motorola recently announced that it’s going to invite the press and loyal customers to Los Angeles for an exclusive event where they will release for the first time the newest looks and models of it’s the latest addition, the RAZR Flip Phone. They cheekily said that “You’re going to flip.” It also says that the event is the “highly anticipated unveiling of a reinvented icon,” which is “an original unlike any other.”

Motorola released a teaser with a gif of the phone smoothly folding vertically. Motorola claims that the screen is 6.2 inches with a vertical oriented folding action, making it the smallest foldable phone yet.

Some sources confirm that the specs include a Snapdragon 710, 4GB to 6GB of RAM, and a meager 2,730mAh battery, along with either 64GB or 128GB of storage. Though, this detail doesn’t really attract the enthusiasts about the product. But it is rather trying to appeal to a very nostalgic market who would like to relive the generations before. Most of these customers are surprising, expected to the young generation.

The new flip phone costs about $1500. Even though the cost may affect the sales and popularity of the phone, Motorola is quite sure about how it wants to launch it’s the newest member in the market without having to face a potential monetary loss. The company says that there is still a lot to unveil in the Los Angeles show. A lot of fans are hyped up about the new release and cannot wait for the show.

The only competition the Motorola RAZR flip phone has in the market right now is the Galaxy Fold that is available at AT&T from Samsung, but it’s for about $2000, so the buyers for the phone are automatically lesser.

With Moto G8 Plus, Moto One Macro, and Moto E6, all releasing their new updates and launches, stakes for Motorola are quite high as the potential buyer are a very risky catch. But the launch will surely be interesting.

Net Worth of Bert Belasco: The ‘Let’s Stay Together’ Star Who...