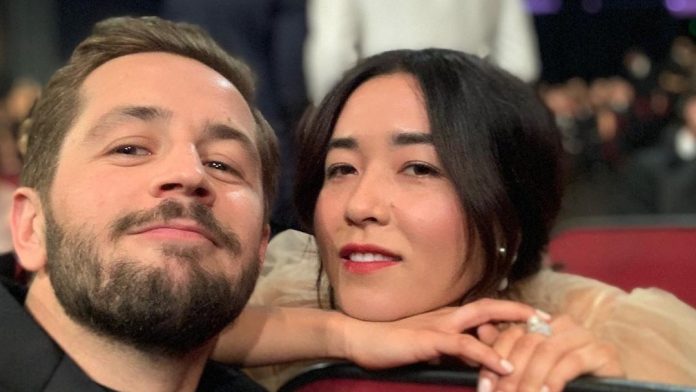 Actors Michael Angarano and Maya Erskine recently announced that they are expecting their first child together. Maya made the announcement through a series of Instagram photos.

A few minutes later Angarano also announced that he is also engaged with the Pen-15 creator and actor. He broke the news with a cute Instagram photo captioned “Also, we’re engaged.”

Angarano is famous for movies like Sky High, Forbidden Kingdom, Haywire, and currently stars in the hit NBC drama “This Is US”.

Erskine is the co-creator of Hulu’s hit teen comedy series Pen-15 and also stars in the show. But there is so much more that fans and viewers want to know about her. So here’s everything you need to know about the 33-year-old actress who is soon going to be a mother.

Most actors move to LA from whatever hometown they belong to. But that was not the case for Erskine as she was born and raised in LA. Her father was a Jazz musician and her mother was an immigrant from Tokyo.

Growing up surrounded by arts and culture from two different worlds probably helped in the formation of her artistic mind.

Her first noticeable comic role came in the movie Wine Country starring iconic female comics like Tina Fey and Amy Poehler. Yet she made her performance noticeable even in the company of such great comics.

She currently writes and stars in the teen comedy Pen-15. Though the idea of a 30-year-old woman playing a teenager sounds awful, it’s exactly what makes Erskine’s portrayal goofy and funny.

Her love for all things ‘Gross’

Maya Erskine has a habit of indulging in humor that might be considered gross by some. But nonetheless, she enjoys talking about everything that’s gross.

Even though she was even bullied for doing so, it never stopped her. We can only be glad that she didn’t otherwise PEN-15 wouldn’t be what it is.

Cast her own Mother in PEN-15

Not many people know that Erskine’s real-life mother Mutsuko play a satirical version of herself in her daughter’s first TV creation PEN-15. Her mother agreed to play the part because she loved her daughter and wanted to help her with her career.

Mutsuko initially assumed that it was a one time gig, but to her surprise after the pilot, when the show was later picked up she was also part of the deal.

Buddy Valastro Net Worth: He is Making More Money Than Any...