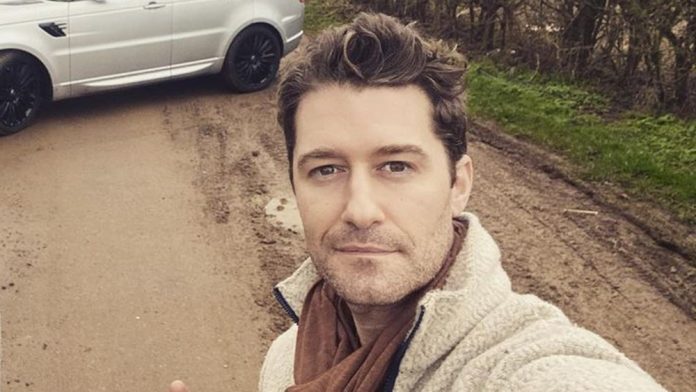 Matthew James Morrison is a famous American actor, dancer, singer, and songwriter. Morrison is well-known for appearing in numerous Broadway and Off-Broadway productions.

Morrison made his first debut on Broadway in the musical version of “Footloose”. He got a breakthrough when he picked up the role of Link Larkin in the theatrical production of John Waters “Hairspray” as well as playing the role of Will Schuster on the show “Glee” (2009-2015) on Fox television which brought him several Emmy’s and Golden Globes nominations. Morrison endorsed with Adam Levin’s 222 records.

His leading role as Fabrizio Nacarelli in the musical ‘The Light in The Pizza‘ brought him a Tony Award nomination. Matthew was featured in the lead role of J.M Barrie in the theatrical production of ‘Finding Neverland’ from March 2015 to January 2016. Let’s see how much the actor is worth.

Matthew Morrison Net Worth is around $10 Million

According to celebritynetworth.com, Matthew Morrison has an estimated net worth of $10 Million. He was the leading member of the cast for all six seasons of Glee and earned a salary of $80 thousand per episode.

How the “Rebirth of Hate” for Matthew Morrison Began

The strong Glee community on TikTok has never lost a chance targeting Morrison’s character in the show Glee ‘Will Schuester‘. Most of the time, the fans targeted the fictional character; however, it all changed when a 24-year old TikToker Carleigh Spence, well-known as @teenscientist, accidentally discovered Matthew Morrison TikTok.

Carleigh Spence has around 210K followers. Spence posted her first video about the actor in which she angrily announces that everyone should have access to healthcare service besides Morrison but didn’t resonate fully with users.

She was so optimistic about the concept that she later tried the format again, reminding everyone that other than Morrison of course, should drink water that day. “Stay dehydrated, you sick f*ck!” howling over the footage of herself blackening the photograph of Morrison.

The video was so viral that it garnered 2.1 million views breaking Spence’s earlier channel record and setting up an entirely new brand for herself “The Girl Who Hates Matthew Morrison.”

The girl has posted nearly dozens of videos regarding Morrison, in one she acts like that she has been kidnapped by the actor and grasped hostage in his basement. Spence’s content got successful not only because of her strong dislike towards the actor.

“I definitely think she started the trend of the renaissance of Matthew Morrison hatred.”

Matthew Morrison outside his Professional life

On 9 December 2006, Morrison got engaged to an American actress Chrishell Stause, but later on, their relationship came to an end. In 2011 Morrison started dating Renee Puente and got married on 18 October 2014. The couple was blessed with a son in 2017.

Jen Shah Net Worth and the comment that received backlash on...

Tomi Lahren Net Worth: ‘Tomi on TheBlaze’ Host is One of...