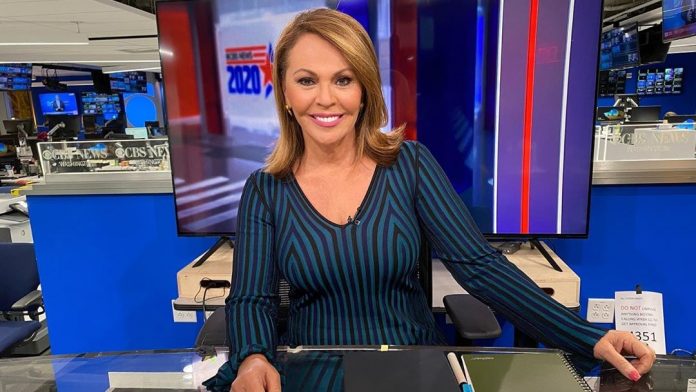 The American Broadcast journalist, Maria Elena Salina is also a news anchor and author. She has been blessing the industry for more than three decades with her work in the United States as well as eighteen other Latin American countries. She is easily one of the most recognized Hispanic women journalists in the United States and also does philanthropy.

How much is María Elena Salinas Net Worth?

As of the year 2019, Maria Elena Salinas net worth is $10 million making her one of the most successful and notable Hispanic American female journalists of all time. However, in 2020, her net worth spiked up to a booming $27 million.

Maria Elena Salinas has been a face for American-Hispanic women all over the united states and has always been a voracious writer. She also released an autobiography in 2006 titled, Yo Soy la Hija de mi Padre which translates to I am my father’s daughter. The book talks about how she discovered that her father spent time as a Catholic priest.

Born in 1952 in Los Angeles to Mexican immigrant parents, Maria Elena Salinas attended East Los Angeles Community College and the University of California and after her education, she went on to pursue her career in journalism in 1981.

In 1981, Maria Elena Salina began working as a reporter, anchor and a public affairs host at KMEX-TV and also went on to become the anchor of a Spanish news program, Noticiero Univision in 1987.

From Barack Obama to Bill Clinton and celebrities like Jennifer Lopez, Ricky Martin and Gloria Estefan have all been interviewed by her.

She was also the first female journalist to cover the war in Baghdad on scene.

In 2004, she went on to participate at a bilingual national democratic presidential candidate debate for Hispanic issues and in 2007 she co-hosted the same forum in Spanish on the Univision Network.

In the year 2017, she started a crime program ’The real story with María Elena Salinas‘ on the investigation discovery and for a decade from 2001-2011 she also wrote a syndicated column in English and Spanish weekly.

On August 3rd 2017, Maria Elena Salinas left the job of being a co-anchor on Noticiero Univision at the end of the year and following this announcement she went on to explain that she wanted to become an independent news producer.

Maria Elena Salinas also participated at Telemundo’s Mexican presidential elections coverage on July 1st 2018 and on July 22nd 2019 she joined as a contributor to the CBS news channel.

Awards won by Maria during her career.

Maria Elena Salinas has won various awards for her journalism and philanthropic work over the years.

In 2014, she won the Peabody award and in 2012 she went on to win the Broadcast Legend Award from the radio and television news association of Southern California and an Emmy Lifetime Achievement Award from the National Academy of Television Arts and Sciences.

Some of her other awards include the Intrepid Award and she was also honoured by various organizations such as Mexican American Legal Defence and Educational Fund, the National Association of Latino Elected and Appointed Officials and the Congressional Hispanic Caucus Institute.

How does Maria lead her personal life?

Maria Elena Salinas married TV news anchor Eliott Rodriguez in 1993 and is succeeded by her daughters Julia Alexandra and Gabriela Maria. However, the couple is no more together and she is currently single and happy with her children.

Net Worth of Eric Swalwell: Ducks Questions of his Relations with...

Piers Morgan Net Worth and He quits ‘GMB’ after Meghan...