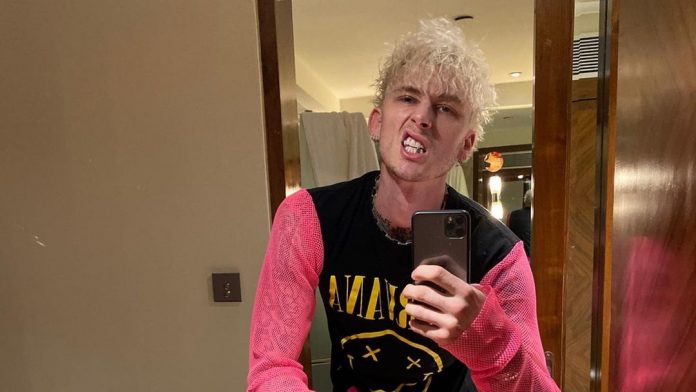 “Life is too short to live the same day twice. So each new day make sure you live your life.” This sentence has been quoted by Machine Gun Kelly, one of the finest rappers we have currently. And as we can see, MGK (Machine Gun Kelly) has surely made his life worthy of living king size!

Machine Gun Kelly is one of those few rappers who is truly an inspiration to many. From listening to DMX and Eminem as inspiration to himself as a kid to giving them rap battles, he sure has come a long way. Read on to know more about this amazing human being.

With a successful career in the music industry and also in the film industry, Machine Gun Kelly definitely is an example of an underdog story as he got success after enduring many hardships. He now has a net worth of $10 million.

He also has endorsement deals with Retail giants like Reebok, Ethika and Young and Reckless.

What do we know about MGK’s early life?

Richard Colson Baker known as Machine Gun Kelly a.k.a MGK is an American Rapper, singer and songwriter, and actor. He was born on 22nd April 1990 in Houston City, Texas.

Not much is known about his parents. He and his family never stayed in the same place for long as they kept moving from Chicago, Denver, and Cleveland; even to the countries like Egypt and Germany. However, MGK lost his father on July 5, 2020.

MGK said “I’ve Never Felt a Pain This Deep in My Life”, mourning the loss of his father.

His childhood struggles and the beginning of Rapping

When the family settled in Denver, his mother left him and his father went into depression as he couldn’t hand his wife leaving which led to his unemployment. Due to his father’s condition, MGK got bullied by other kids and to deal with that he started rapping when he was just in 6th grade.

The condition at home was not getting better as he was constantly getting into fights with his father. Eventually, his father joined the military and left him to live with his aunt, in her basement. When his father returned, both moved to Cleveland, where he attended Shaker Heights High School and there he convinced a local t-shirt shop owner to become his manager.

A career in rapping and popularity

He started making mixtapes when he was a teenager. His first mix-tape ‘Stamp of Approval’ helped him to enter the industry. He then released 4 mix-tapes, however, he was still struggling to make money and had to work other jobs too. At one point, he was close to getting convicted and had to work at Chipotle.

In 2012, he released his debut album ‘Lace-Up’ which got him the popularity he needed and made him famous in his hometown Cleveland. He got the name Machine Gun Kelly from his fans as he used to chant lyrics very fast. The album got him on the US Billboard 200 chart and sold more than 178,000 copies.

Later, he released Till I Die and A Little More as his second studio album in the year 2015 and got number 4 in the US. His third studio album called Bloom got released in 2017 followed by a song called Bad Things with Camila Cabello which came at number 4 on the Billboard Hot 100 and then in 2019, he released his fourth studio album, Hotel Diablo.

He has also worked as an actor and was seen in Beyond the Lights and in other several films and was seen in the Showtime series Roadies in 2016. He also got cast as Felix in Bird box.

MGK’s string of awards and nominations

Given the in-built talent and the passion MGK has towards music, he has bagged plenty of nominations and awards for various awards shows. From getting nominated for Billboard Music Awards, IHeartRadio Awards, to winning almost every Best Male Artist Award on the block, Kelly has surely won the hearts of many people.

MGK is extremely personal when it comes to his personal life. Reportedly, MGK shares his 12-year daughter Casie Colson Baker with his ex, Emma Cannon.

MGK is currently dating actress Megan Fox. He was addicted to drugs before and he has also revealed that he consumes cannabis every day as it helps him rap better.

He has supported causes like Justice for Kenny Rally, Water for the Philippines causes for cancer patients and Children, and actively supports charity organizations like Make-A-Wish Foundation.