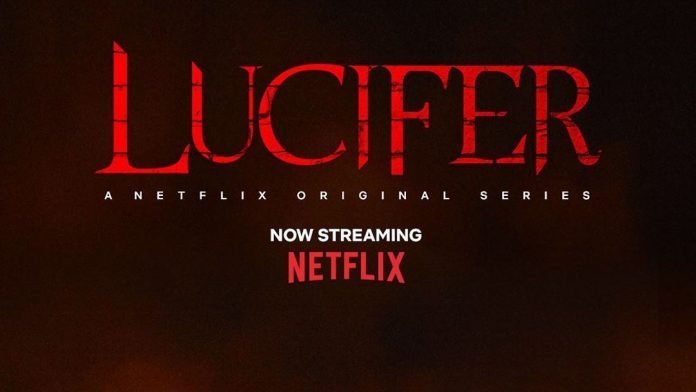 Lucifer unleashes its fifth season in August on Netflix, which recently renewed the show for a sixth and final season.

“The devil made us do it.#Lucifer will return for a sixth and final season.Like, FINAL final.”

This caption was accompanied by an animated picture of the numbers “666” transforming into words “season 6”.

On June 23, Netflix surprised fans with the revelation that Lucifer actually will return for a sixth season. The news came via an official Twitter post which confirmed that the sixth will be the final season.

According to TVLINE Rob Benedict, better known as Supernatural’s portrayer of Chuck Shurley, a.k.a God is set to appear on Lucifer Season 5.

“A hardened French Mercenary whose violent work brings him to Los Angeles, and into the crosshairs of Lucifer, Chloe and the LAPD.”

The character will appear in Episode 15, which falls in the 15B second half portion, for which a release date has yet to be revealed.

Despite bearing no likely connections, the appearance of Benedict, a prominent Supernatural cast member, is intriguing in a “six degrees” manner. That’s because Lucifer was recently canonically codified into The CW’s Arrowverse after Tom Ellis’s guest spot as Lucifer, in an appropriately-hellish interaction with Matt Ryan’s John Constantine, on the Flash episode of last December’s “Crisis on Infinite Earths” crossover storyline.

The TV heartthrob , known for being the main love interest in Miranda, plays the lead role.

He is married to a screenwriter, Meaghan Oppenheimer.

Lucifer is a fantasy comedy-drama revolving around Lucifer Morningstar(Ellis), a fallen angel who is fed up with his demanding role as the King of Hell, so decides to become a consultant with the LAPD instead, naturally.

Tom Ellis will be returning for sure to reprise his role as Lucifer Morningstar along with Lauren German with her role as Detective Chloe Decker.

The actor playing God is 66 years old and from California. Dennis Haysbert has been a voice actor, as well as starring in TV and film.

Lesley-Ann Brandt is a South African actress and can speak Afrikaans. Having moved to New Zealand she began working as a model in adverts before her career took off.

She is best known for her role in Spartacus: Blood and Sand.

Lauren German is an American actress. She had her first big role in teen movies, A Walk To Remember. The actress can do more than romance films, however, as she’s starred in horrors such as The Texas Chainsaw Massacre.

D.B. Woodside is an actor from New York. He had a part in Buffy The Vampire Slayer but is best known for his role in action series 24.

He is in a relationship with another actress, Golden Brooks and together they have a child.

Will there be Lucifer season 6?

Initially, it was announced that Lucifer 5 will be the finale season and there would be no newer seasons of the series launched . But according to sources, the story is different now, Tom Ellis has renewed his contract with Netflix for the sixth season.

Lucifer was initially dropped by Foz, the channel that first hosted it, but then got renewed by Netflix.

The Duchess: Netflix Release date, cast and other details

Rick and Morty Spin-off: Are they the same person?