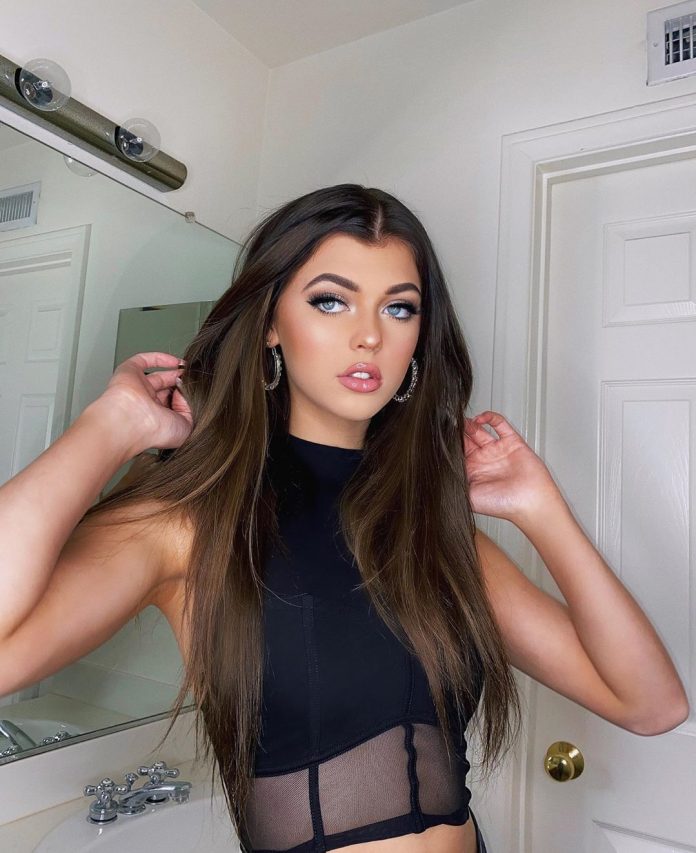 Loren Gray is an internet celebrity with millions of followers on her social media account. Born in Pennsylvania on 19th April 2002, as of today, she 18 years old. She is also a singer by profession. She was in 6th grade when she joined TikTok, formerly known as Musically. She had the natural beauty and talent to become an internet sensation. Viewers started to appreciate her talent. She currently has more than 40 million followers on her account. Her school mates bullied her because of her instant internet fame. To avoid this mental stress and focus on her career, Loren and her mom moved to Los Angeles. As a child, she grew up playing the piano. At the age of 13, during meet-and-greet tour event, she belted out a Vance Joy cover onstage which received massive applause from the crowd.

Loren is a professional singer, actor, and dancer. She was nominated for choice muser in Teen Choice Awards which was hosted by none other than John Cena and Victoria Justice. Baby Ariel won the award that night bu Loren won a lot of hearts. In 2017, at the 9th Annual Shorty Awards, she was nominated again for the Muser of the Year award. This time it was won by Lisa and Lena, twin sisters from Stuttgart, Germany.

She starred opposite HRVY in his music video for “Personal” in 2017. HRVY is the UK’s rising pop star. He said in an interview that a lot of people in the music video were his friends. Loren Gray was outstanding in the video. In 2018, she was signed by Virgin records. Her debut single was released in August 2018. Her song was inspired by his friend who always made bad choices. The song was recorded in AlphaDog Studio Complex in London.

She has a self-titled youtube channel with 3.6 million subscribers as of today. Loren started this channel back in May 2012.

On Youtube, one gets paid on the number of views on their videos and through ads. According to reports, she is making around $264 – $4.2K estimated monthly earning and $3.2K – $50.6K estimated yearly earnings.

She is widely popular for her TikTok account with more than 40 million followers on her account. She likes to upload a lot of lip-syncing videos, show off her dancing skills. She has also collaborated with a lot of other TikTok stars to create magic on screen.

According to seventeen.com, Loren gray is making around $175,000 per post on TikTok. A similar article was published by Dailymail which mentioned that TikTok stars can earn up to $0.005 per follower for a sponsored post. According to that calculation, Loren gray might be earning around $200,000 per post. If she is posting at least two sponsored posts every month, she would be making around $4,800,000‬ million every year.

She also makes money from youtube ads and paid promotions. Let’s not forget about the money she makes from her music videos. Recently she was seen in Taylor Swift’s video “The Man”

Lil Boosie’s Net Worth and Earnings from Music in 2021