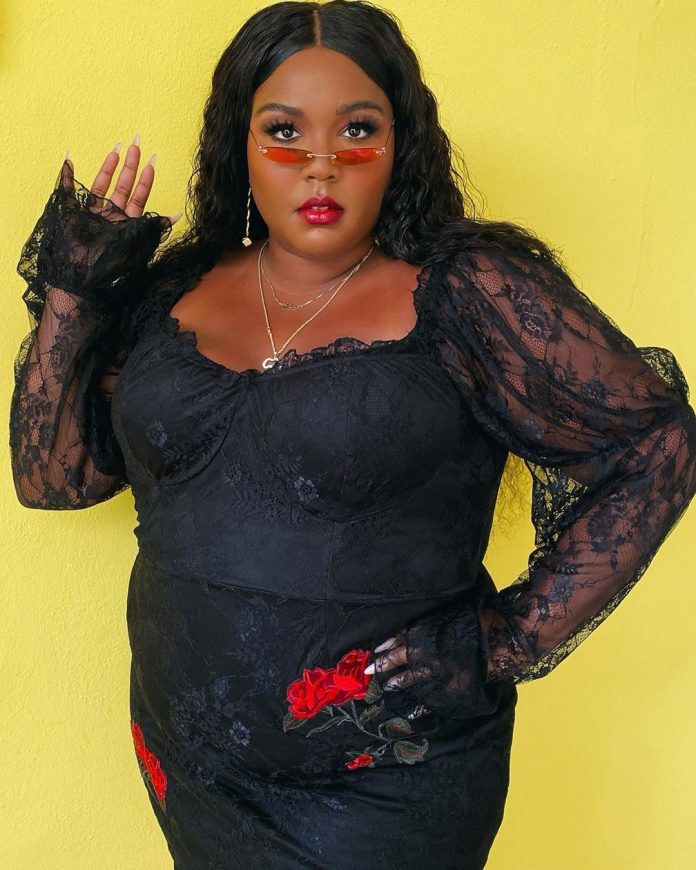 Lizzo known as Melissa Viviane Jefferson is a two-time Grammy nominee. Born on 27th April 1988 in Detroit Michigan. She is a popular American rapper and singer. She has produced multiple hits in her outstanding career. At the age of 10, her family moved to Houston Texas. At an early age, Lizzo was fond was Rapping and started to show her skills in the southwest part of Houston.

She was lucky enough to have friends with the same passion for music. At the age of 14, she formed a musical band named “Cornrow Clique“. This was the moment when she got her name as Lizzo.

After graduating from High school, she moved on to the University of Houston to study classical music. At the age of 21, her father passed away. During her initial struggling days, she spent years before getting a break in the music industry.

Lizzo’s newest album “Cuz I Love You” was the best-selling album in 2019.

Lizzo earns a good amount of money through her concerts. She has been associated with a lot of brands for endorsements. Brands like Urban Decay and Absolut

From Lizzobangers to Grammy Nominee

In the early stages of her career, Lizzo performed with Indie groups like electro soul-pop duo & the Larva Ink. On October 25th, 2013 her first hip-hop focussed album was released name Lizzobangers. Lizzo toured across UK and US, during this time she also released her music album.

She was invited as a guest as a musical guest on the Late Show with David Letterman.

Her first major labeled named “Coconut oil” was released on October 7, 2016. Coconut oil received some great reviews from the critics. During this phase of her career, she also struggles with her body issues. She started embracing her body the way it becomes an advocate of body positivity.

After her multiple music albums, she started featuring multiple films. She worked in an animated film named UglyDolls and was also a part of supporting character in the crime comedy-drama film Hustlers.

In 2019 Lizzo released her third studio album “Cuz I Love You“. It was a massive hit. Her popular singles were nominated for two Grammys including Album of the Year.

Bearer of Body Positivity and Self-Confidence

When asked about her sexuality and gender identity. She said

Lizzo has been a flag bearer of body positivity and self-confidence. She has inspired a lot of women with big body sizes and who don’t feel confident about themselves. Thanks to her huge she media following she has been able to convey the body positive message to a larger audience.

Amanda Gorman Net Worth and She Present’s her Poem at Biden’s...

Erin Brockovich Net Worth and Her Advice on How to Tackle...