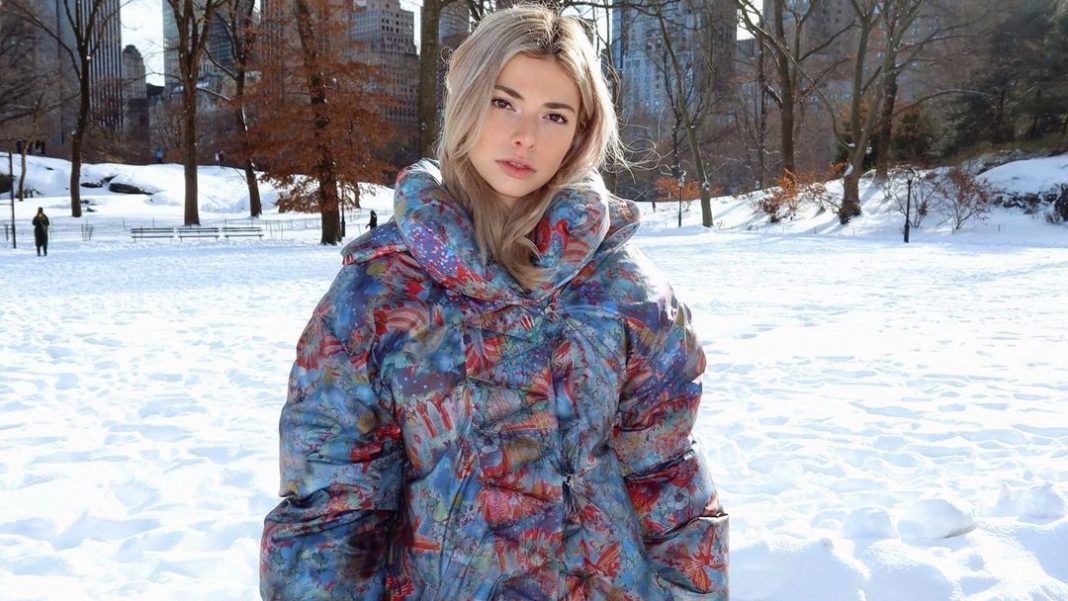 Kit Clementine Keenan is the daughter of the famous fashion designer Cynthia Rowley. Kit Keenan is revealed to be among the cast members of the reality show ‘The Bachelor’ for the 25th season. She also hosts a podcast with her mother named ‘Ageless‘. According to her podcast description, she covers things like fashion, business, wellness, and motherhood “through the lens of our adventures”.

Just like her mother (Cynthia) Keenan is also a fashion designer and entrepreneur. She owns a website where you can buy her merch. She has an eponymous clothing line, KIT.

According to sources, Kit has a net worth ranging between $100K to $500K. The actual figures of her net worth are not reveled and are under review. Kit’s mother who is an American fashion designer also has a net worth of $100 million.

She is popularly known as the daughter of famous fashion designer Cynthia Rowley and interior designer Bill Keenan. She owns a website where she sells her merch, https://kitkeenan.com/. She also has a YouTube channel named Kit Keenan with more than 1.3K subscribers where she uploads vlogs.

The 25th season of the show spotlights Matt James from Raleigh, North Carolina who is a charity founder and a real estate broker. Though Keenanis only 21 years old and 8 years younger than Matt, she would be competing against others contestants to win Matt’s heart. Her Bachelor bio says, “she’s found that most guys she meets don’t match her maturity level, and although she is only 21, she is very ready for a serious commitment.”

The Bachelor is known to boost up the Instagram career of its contestants, but this time it has attracted Kit, an already famous fashion designer with 46,200 followers on her Instagram.

Also Read  Robert Blake's Net Worth after he was proved guilty of his wife’s murder!

Her Personal Life and is she Dating anyone?

Kit Keenan was born on the 20th of May in the year 1999 in New York to Cynthia Rowley an American fashion designer and Bill Keenan an interior designer. Born and brought up in New York, the 21-year-old fashion designer goes to New York University and lives with her parents “in the heart of the West Village” according to her bio. Keenan has a young half-sister named Gigi.

She has never been into serious relationships since she was 17 because she mentioned in her bio that, “she’s found that most guys she meets don’t match her maturity level, and although she is only 21, she is very ready for a serious commitment.” So it can be concluded that she is currently single. Prior to coming to fame, she was a student at the USC School of Cinematic Arts.

How Much is Denzel Washington’s Net Worth Compared to his Co-Stars?

Anderson Cooper’s Net Worth- A Journey from ‘American Morning’ to ‘Anderson...