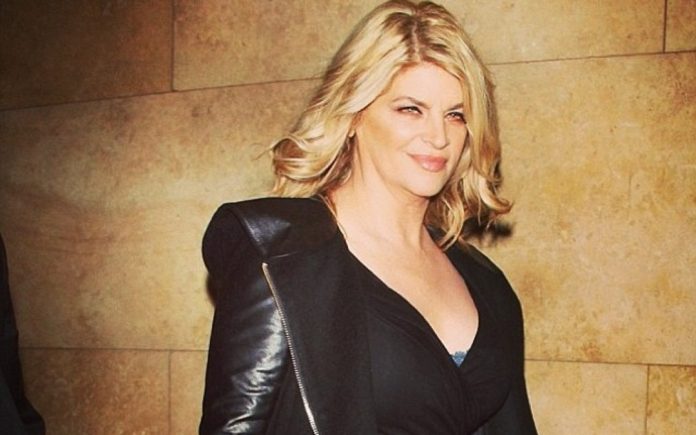 This Hollywood diva’s net worth is as astonishing as her performance. We are referring to the two Emmy award winner, Drop Dead Gorgeous, Kirstie Alley.

Kirstie Alley has a humongous and deserving net worth of 40 million dollars.

Wichita, Kansas born, Kirstie Alley had planned to step into the show business from her early days of childhood. Though she completed her schooling from Wichita Southeast High School, however her passion for acting led her to drop out in college after sophomore year only.

It was 1979, Alley appeared as a contestant on the popular game show Match Game amidst her interior designing livelihood. After three years of struggle, she finally got a big break when landed the role of Lieutenant Saavik in the 1982 movie Star Trek II: The Wrath of Khan.

It was all daisies for her after that.

All thanks to ’It Takes Two’ and ’Dancing with the stars’ to add up some more zeroes to her already lavish net worth.

In 2013 and 2014, the actress starred in her self-titled sitcom, Kirstie. That opened up to an appearance in 2015’s Accidental Love, followed by a part in the second season of Scream Queens in 2016.

Digging into her personal life we sense instability. After dating for years she married her first husband, Bob Alley, named same as her father in 1970. Unfortunately, that did not work out and they separated after seven years. She has two children with her second ex-husband, Parker Stevenson, and now this American celebrity is a proud grandmother.

Irrespective of all the ups and downs life showered her, she stood her ground and dig her name rigorously in the books of Hollywood.

One of the renowned actress Kirstie Alley seems upset and mad at CNN’s coverage regarding the ongoing pandemic. According to her “They’re terrifying people 24/7 but they don’t have any additional preventatives, they’re saying the same thing. We’ve heard the same thing,” as reported on Tucker Carlson Tonight on Sunday. The feud went online and continued on Twitter. Seems like she too is high on the election fever while she burst out on CNN and managed to voice up to keep her points forward and we stan a queen!

Jillian Mele Net Worth and how did the Emmy Awards winner...